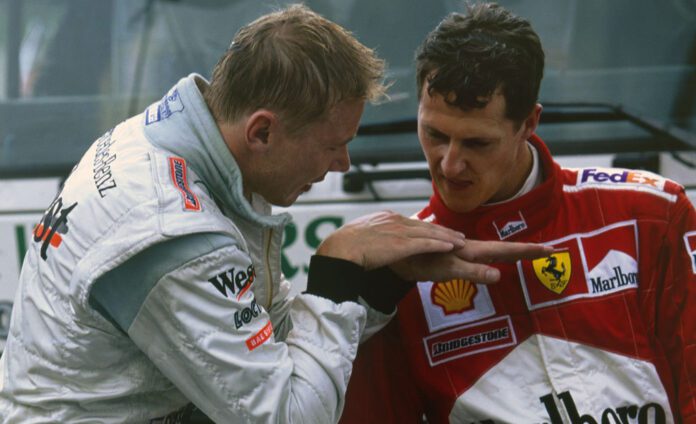 Mika Hakkinen has backed Lando Norris over him staying out at the Russian GP.

Norris threw away a surefire maiden race win after making the wrong strategy call during the rain-soaked race at Sochi. It ended up with him finishing a meek P7. The former McLaren driver was full of support for the current and young one, saying that such things happen in F1.

Hakkinen backed Norris over him staying out at the Russian GP, and said that he felt bad for how he lost his chance at glory.

“I felt sorry for Lando Norris who drove brilliantly all weekend, grabbed pole position in difficult conditions and dominated the race until the rain arrived,” Hakkinen wrote in his column, as quoted by Racingnews365.com.

“After finishing second to McLaren teammate Daniel Ricciardo in Italy, you could really sense his determination and focus on getting the win in Sochi. No one should blame him for making the decision to try and keep his lead when the rain started to fall.

“It is easy to criticise, but when you are trying to score your first win in F1 you often have (to) face difficult decisions. In this case, the decision to stop felt harder than the decision to carry on and try to take the win.”

“No matter what the team is thinking, the driver is the one who knows how much grip he has in the car,” Hakkinen stressed.

“You feel it through your hands on the steering wheel, your feet on the pedals and the seat of your pants in the car. As the grip falls away only you know which parts of the track are still dry enough, and Lando felt he might be able to get the car to the finish – especially when Lewis Hamilton made his pit-stop for Intermediate tyres.

“But the moment the rain became heavy Lando had no chance. It’s like trying to walk on ice on normal shoes! As I have said before, I have no doubt Lando’s first win is not far away. He should be proud of his performance on Sunday,” he concluded.