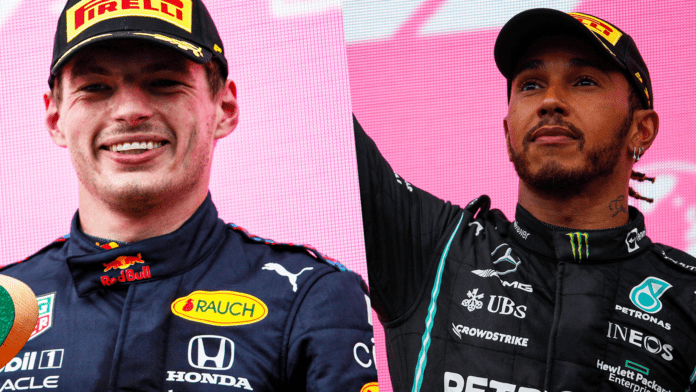 Lewis Hamilton has thought from Max Verstappen’s perspective, saying he understands what it’s like to gun for a maiden world title.

Hamilton has been embroiled in a heated title rivalry with Verstappen, and it has thrown up some good, bad and ugly moments so far. It is also present between their teams in Mercedes and Red Bull.

Such is the intense nature of the rivalry that it is not just a racing competition, but a mental game of chess and psychological warfare as well.

The British Knight is a seven-time world champion, tied with the great Michael Schumacher. Verstappen, meanwhile, is yet to become champion, which is why he is going all guns blazing this season. He has never come this close to winning it.

Speaking at the FIA Press Conference, Hamilton thought from Verstappen’s perspective, and said that he is fully aware of being the one that does the chasing.

“It’s full steam ahead from now on,” Hamilton said, as quoted by GP Blog. “I also remember very well fighting for my first title, the emotions and feelings that come with that. I know the pressure, I have experience with it.”

“The most important thing is that we fight hard and fair. I have no doubt we’ll both be professional and carry on with the season.”

Hamilton used the opportunity to caution Verstappen and anyone else racing to win that races aren’t won through aggression and focus. Races, according to him, are won with intelligence and balanced assessments.

“At the end of the day you have to be smart,” Hamilton stated.

“Sometimes you don’t make it to a corner, and you have to make sure you don’t take any damage and be able to fight on the next corner. You have to find a balance in that. You can’t win it all in one corner,” he concluded.

Albon rubbishes ‘stories and misconceptions’ about Verstappen – “It’s a myth”