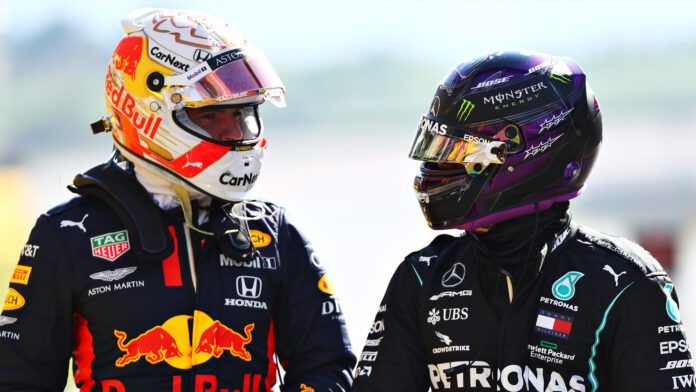 Lewis Hamilton has hinted at dirty racing from Max Verstappen after their heavy crash at the Italian GP.

Title rivals Hamilton and Verstappen crashed into each other for the second time this season. The only difference this time was that Round 2 saw both drivers taken out of the race, unlike Verstappen only at Silverstone.

Hamilton was fuming at Verstappen, and said he intentionally crashed into him. He also highlighted what the Dutchman did at Turn 4 on the opening lap, and said that wasn’t fair as well.

As reported by GPFans, Hamilton said, “I came out, I saw Daniel came past, Max was coming, I made sure I left a car’s width.

“I was ahead going into turn 2, and all of a sudden he was on top of me. It was exactly the same scenario as turn four where I went around the outside. I was in exactly the same position, and I gave way.

“That is racing. He just didn’t want to give way today, and he knew going into (turn) two what was going to happen. He knew he was going over the kerb, but still did it. I don’t really know what else to say,” he concluded.

Verstappen also offered his perspective of the crash, where he presented his argument as to why it was Hamilton’s fault.

“Even if he had left just a car’s width, we would have raced out of Turn 2, anyway. I think he would have probably still been in front.

“But he just kept on pushing me wider, wider, wider, and then at one point, there was nowhere to go. He just pushed me onto the sausage kerb and that’s, at the end of the day, why we touched because the rear tire bumped up to the tire,” he concluded.

Read more: Verstappen takes sly dig at Hamilton after Dutch GP – “I can pass Bottas because he is very fair”

“I don’t know if Mercedes looks at my passport”: Vettel addresses...