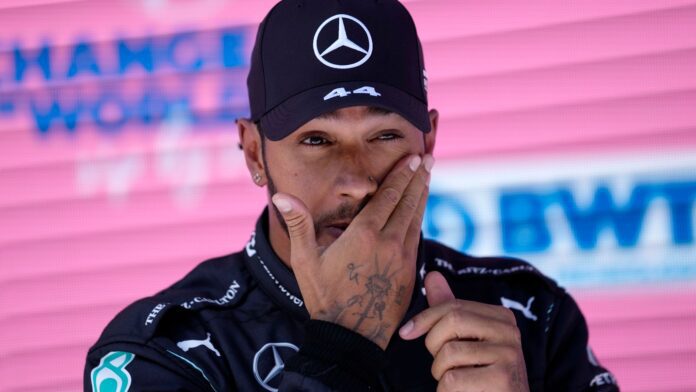 Lewis Hamilton has talked about a potential move to Ferrari, and stated that it is every driver’s dream to don the red overalls.

Ferrari is the most illustrious team in F1, and their history of success is unparalleled. Every racing driver’s pipe dream is to race in red. Hamilton is also associated with the word ‘success’, having won everything and more in F1.

While speaking to Sky Italia after the Russian GP, the seven-time champion was asked about driving for Ferrari. Hamilton talked about a potential move to Ferrari, and revealed his surprise at the move never taking shape.

“For many years, when I came to Monza, walking next to the fans, I could hear them saying, ‘Come to Ferrari!’” he said.

“This warmed my heart, but it’s pretty amazing that I’ve never driven for Ferrari in so many years. Because it is a dream for anyone, a goal to be achieved. It has never really been possible and I don’t understand exactly why.”

Ferrari on the road

Hamilton talked about how he has always adored the Prancing Horse, but stated that at the moment, he was their rival, and would stop at nothing to make sure they don’t win.

“I wish them the best and in my near future, I will continue to prevent them from winning the world championship,” Hamilton said.

“I’ve seen photos of their drivers and red is always red. I have a couple of Ferraris at home. I can drive those, but not the Ferrari F1,” the Mercedes driver concluded with a smile.

Ferrari has had British rivers in their ranks, and two of them have been world champions. Mike Hawthorn reached the summit in 1958, while John Surtress did it in 1964.

Read more: Ferrari preparing for the debut of a new engine in Russia