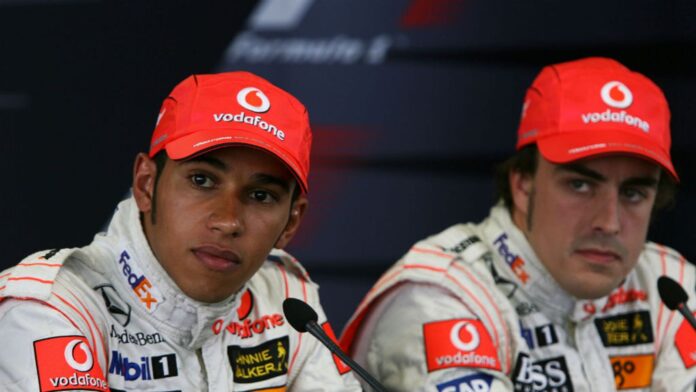 In 2007, rookie Hamilton was paired with Alonso at McLaren. Everyone expected that the Brit would play second fiddle to the veteran. Instead, Hamilton’s pace was searing and his instinct was amazing, and he was every bit Alonso’s equal.

Hamilton finished on the podium five times in a row, and then won two races in Canada and the USA. This led to a tense relationship with the Spaniard. Both drivers’ being evenly matched saw them finish level, on 109 points each.

Haus revealed that Hamilton shocked Alonso at McLaren. The outgoing Vice President of Mercedes-Benz Motorsport said that everyone was stunned when Alonso was matched in every department by Hamilton.

“He just couldn’t imagine a rookie going as fast as a two-time world champion. But it was like that with Lewis back then.”

Haug continued his praise of Hamilton, saying that his win percentage was superb. He also stated that he expects his title rivalry with Max Verstappen to go down to the final moment of the season.

“So, on average, he won almost every third race. Even if he often had the best car, that is extremely remarkable.

Hamilton is vying for a record-breaking eighth world title. Winning it would see him surpass the great Michael Schumacher for most titles won in history.

Carlos Sainz was forced to unlap himself from Lewis Hamilton in...