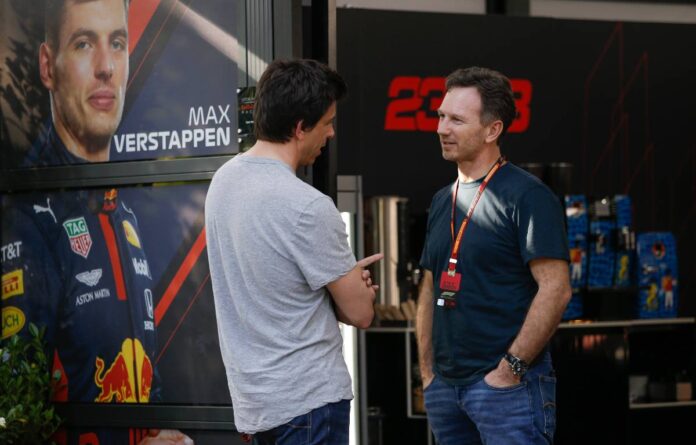 The Mercedes versus Red Bull rivalry has been a major one on-track, but it has been fought off the track as well. The two generals of the army have been Wolff and Horner, and they have been at each other’s throats throughout.

Horner accused Wolff of playing politics this season, and said that he made the entire rivalry toxic for everyone.

“This feels much more political with much more going on behind the scenes,” Horner told the Independent.

“The inbox from Toto to the FIA, they’re going to need a big clean-up at the end of the year. Toto has never been in a position where he was challenged.

“He inherited a very competitive team from Ross Brawn and he’s done a great job of keeping that going, but this is the first time he’s had this kind of pressure and people react to pressure in different ways.”

Horner also spoke about title rivals Lewis Hamilton and Max Verstappen, and said that as much as he respects Hamilton, it is time for the old guard to give way to new blood.

“He (Hamilton) is fighting to become the most successful driver of all time, he is the defending champion,” Horner said.

“Time never stands still and Lewis has achieved so much a phenomenal champion, but there will always be the next generation.

“Max is 23, he has many years ahead of him, and at the beginning of this season he was the outsider. He just enjoys it, the racing, the challenge, and he has the advantage of youth.

“Lewis likes to play psychological games and Max doesn’t bite. Max is the type of guy whose life revolves around racing, and when he’s not racing on the track, he’s racing online. Lewis leads a very different life,” the Red Bull boss concluded.