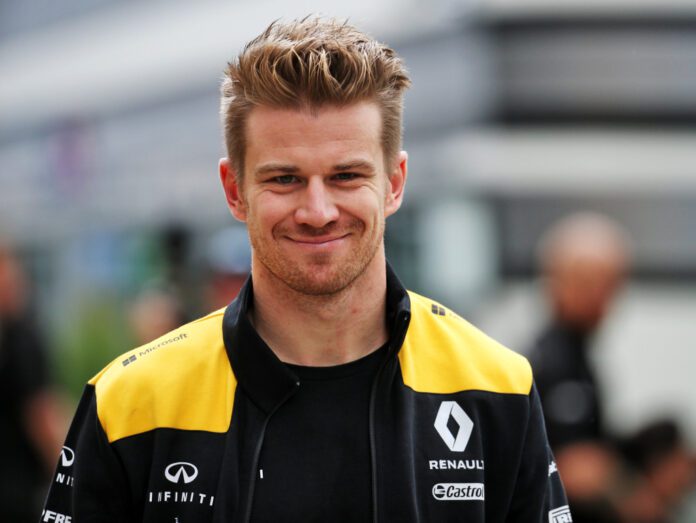 Nico Hulkenberg has rejected his move to IndyCar, saying he was doing so due to “personal reasons”.

The German driver tested out for the NTT IndyCar Series with his future in F1 in doubt. He was offered a test drive by Arrow McLaren SP at Barber Motorsports Park two weeks ago.

There is a third seat vacant at AMSP, and Hulkenberg was the frontrunner to land it. After he hailed his qualifying run at Alabama, everyone thought he would commit to IndyCar full-time.

However, Hulkenberg rejected his move to IndyCar citing “personal reasons”.

“Quick update regarding IndyCar: It was exciting to test an Indycar two weeks ago and I am grateful to Arrow McLaren SP for this opportunity,” Hulkenberg wrote in his tweet, as quoted by f1i.com.

“However for personal reasons I decided not to go ahead with it. Keep you posted on my future plans.”

The 34-year-old German driver, who remains Aston Martin F1’s reserve driver but who no longer entertains any hopes of returning full-time to the grid, was offered a test outing by Arrow McLaren SP two weeks ago at Barber Motorsports Park.

The ex-Renault driver didn’t say what the personal reasons were, so one can only speculate regarding why he snubbed IndyCar. It was refreshing to see the 34-year-old race again in some capacity, so him rejecting the opportunity came as a surprise.

However, given they have just became parents to a baby boy, Hulkenberg and his wife Egle Ruskyte will have to relocate to America if he accepts the IndyCar offer. That is not ideal for the family at all.

Currently, Hulkenberg is the reserve driver for Aston Martin. He may not have a future in F1. With the IndyCar rejection, the German will have to stick with F1 and wait for his chance, or take the chance with another racing promotion.

Read more: Hulkenberg F1 return to be put on hold with Alfa Romeo all but decided on Bottas partner