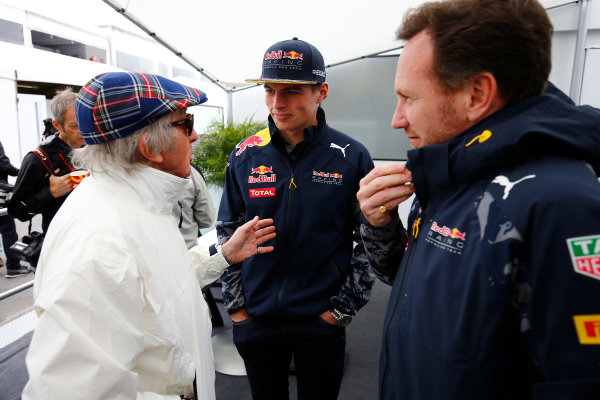 Things have been hotting up both on and off the track as we begin to end the business end of the season. What is being said both before and after a raceweek is as intense as the drama that is taking place on the track.

Monza once again was witness to a collision between Lewis Hamilton and Max Verstappen. Tension undoubtedly intensified. Words were said by Hamilton in the aftermath as the Dutchman launched his own defence.

The two drivers had differing attitudes following the crash. Verstappen was seen walking away from the incident without even sharing a word with Hamilton. His Red Bull was still perched on top of Lewis’ Mercedes.

It was not easy to sense that something was in the air. The drivers would soon be at each others’ necks once again. In an attempt to ease the mounting tension that ensued, Hamilton even proposed to talk the whole thing over with Max.

Opinions were divided with respect to notable personalities from the sport. Largely, though, it was accepted that Verstappen was the culprit in this incident.

Damon Hill earlier spoke about how it was something that Verstappen did on purpose. Sir Jackie Stewart, a legend of F1, was also disappointed with what he witnessed. He criticised Verstappen’s lack of maturity.

“Verstappen is taking longer than expected to mature. Not even to go to see Hamilton after a serious accident when you have just driven over the top of the guy is something I don’t really understand.”

Popularly known as The Flying Scot, Stewart was not impressed with how Verstappen constantly found himself in such situations. He appreciated the Dutchman for his pace, but felt that there is still some way to go for him to being a real champion.

“He’s probably the fastest driver on the grid now, but to be a proper champion, you cannot be entangling yourself in crashes all the time.

“If I were their team principals, I’d tell them, ‘For Christ’s sake, don’t do it again’. Just because you are leading the world championship, it doesn’t mean you are bulletproof.”

While both Lewis and Max started the season with a lot of mutual appreciation, as time has gone by, and especially with not much between them in terms of points, things have gotten a bit spicy.

Big personalities have come out with differing opinions on which of the two drivers is at fault and exactly what sort of punishment they deserve.

With talk on Verstappen’s most recent penalty for this incident, Sir Stewart said the youngster got away with it too easily. He believes a bigger penalty should have been handed out.

“The stewards have more information, but if they were so certain Verstappen was entirely to blame, then why does he only get a three-place penalty?”

Sir Jackie further added that the Halo was what eventually came to the rescue of Hamilton. “If it weren’t for the halo, Lewis could have died, and the supposed culprit only gets a slap on the wrist!”

With the calendar now moving to Sochi in Russia, who do you think will shine? Let us know in the comments below!

“To be the teammate of George is difficult”: Capito says Russell...

Red Bull Racing: History, achievements, earnings and net worth in 2021