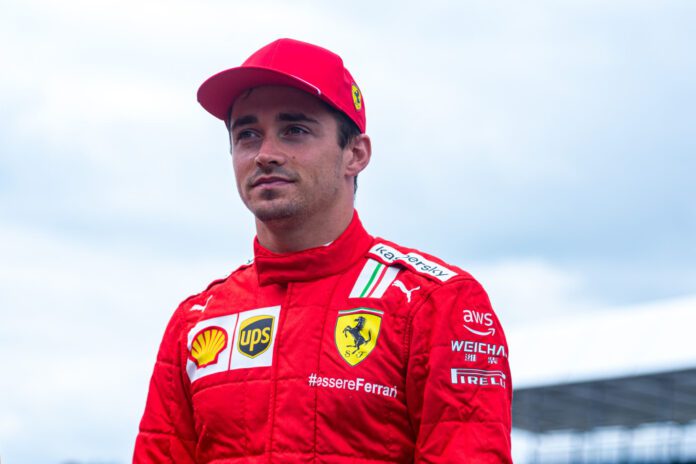 Charles Leclerc has backed Ferrari’s terrible Turkish GP strategy, saying he was confident throughout and it was just bad luck.

Leclerc had an up-and-down race at Istanbul. Qualification saw him qualify fourth and start third on the grid. A podium was realistic, and at one point, a win also seemed possible.

However, the Ferrari driver ended up finishing P4, out of the podium after Ferrari’s questionable strategy. It was slammed by many fans, who questioned the team’s strategical mindset and acumen.

Despite that, Leclerc backed Ferrari’s terrible Turkish GP strategy, and said that it was a case of bad luck striking them first.

“I had all the info I needed at that time, and once Valtteri pitted, I was asking quite a lot on the radio, ‘okay what are the lap times on the new inters?’” Leclerc said, as quoted by givemesport.com.

“For the first five, six laps, we were actually more or less in line with the pace. So for me it was clear that it was not just rolling the dice. We were all quite confident with that choice.

“But it was a bit of a strange race with the new inters for six or seven laps. They had like a graining phase, and once you went through the graining phase then you were finding a lot of pace again.

“That’s basically exactly what happened. So no regrets on my side,” he concluded.

The conditions at Istanbul were pretty much nailed on for the entirety of the race. Drivers thus wanted to minimise their pit stops as much as possible. However, the tyres started to deteriorate rapidly, and tyre strategy became crucial.

Leclerc stayed out while race leader Valtteri Bottas and those behind him pitted. As a result, he found himself leading the race, and a win suddenly looked possible.

The obvious thought then was to carry on and try to push for the win, but it became very clear that it wasn’t the way to go. Leclerc ended up pitting, but it was a late pit stop which saw him slump to fourth place.

Leclerc had amazing pace all weekend, so all things considered, he should have finished on the podium. Nevertheless, P4 is still plenty of points.

Read more: Verstappen talks about his near-miss with Leclerc – “He almost took my front wing off”

Alpine F1 director on why team was not initially sold on...