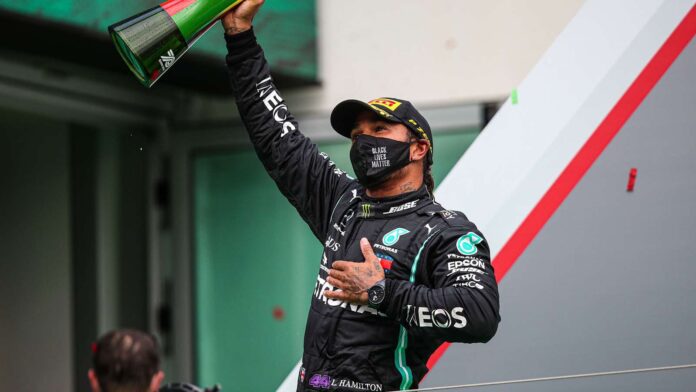 Lewis Hamilton has reacted to fans with “hate in their hearts” for him.

Hamilton had a tricky few days in Belgium. He qualified behind title rival Max Verstappen, who was also the crowd favourite. The fans were not too kind to him, as they whistled, jeered and booed the seven-time champion. It was déjà vu for Hamilton after Hungary, where the same thing happened after he clinched pole position and finished second.

After qualification, Hamilton took to his Instagram account to thank his fans, especially those who attended the race live. He also reacted to the set of fans who do not like him very much.

“I’d like to just thank each and every one of you here at the race supporting me #teamlh,” Hamilton wrote.

“I know you sat in the rain all day and it’s miserable, but knowing you are here encourages me to push and never give up.

“I also know you stand alongside a lot of people who boo me and have hate in their hearts towards me, so thank you from the bottom of my heart for sticking with me. Love conquers all and we gotta whole lot of love to give,”he added.

The home advantage for Verstappen will be here for a while. The next race is the Dutch GP, taking place in Zandvoort. As such, there will be an electrifying reception for Verstappen, and a hostile one for his rivals. That just happens to be Hamilton, who will face the brunt of the negative crowd response.

The Orange army is notorious in their support, and can sometimes take things too far, like they did during the British GP. There, Hamilton and Verstappen collided and the latter had to retire, making fans react badly to Hamilton.

“Sport should unite people and we should not get hooligan situations like in football,” he said.

“It’s logical that everyone has their own preferences, but let’s deal with it in a civilized way. In such a way that we surprise Hamilton with our sportsmanship and hospitality.”

“It made me very happy”: Rosberg and Hamilton rivalry reignited with...