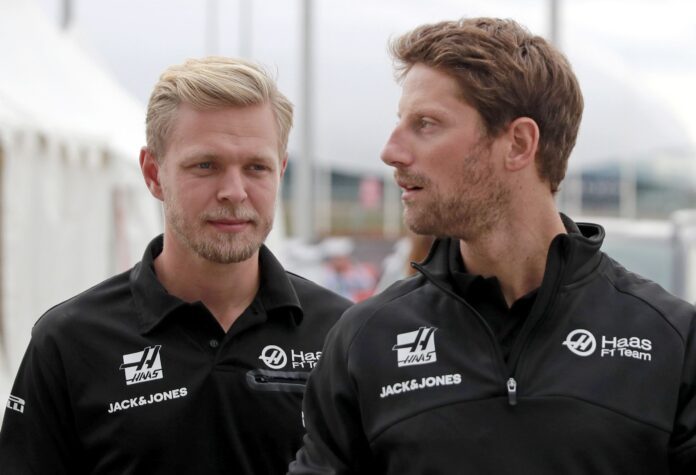 Kevin Magnussen has revealed Williams’ shocking plans for the 2021 season, saying that they were going to sign him at the expense of George Russell.

The Danish driver raced for Haas until the end of last season before being replaced for the new one. He failed to find a seat for the 2021 season, and currently finds himself out of F1.

Magnussen has shown flashes of brilliance during his time in F1. Everyone thought he would be signed by a new team, but that did not happen. However, he has come out and spoken some unknown things regarding his F1 situation at the time.

Magnussen revealed Williams’ shocking plans regarding him, saying that he had the chance to sign for them.

“I had the opportunity to stay” in F1, Magnussen said, as quoted by grandpx.news.

“I was in contact with Williams. However, it would have been a return to my days at McLaren and Renault – I had to find a lot of sponsors for Williams to offer a serious amount.

“They saw me as a replacement for George Russell. I immediately came to the conclusion – what is this team? Getting rid of Russell and keeping (Nicholas) Latifi would just be idiocy.

“George is a mega talent who shouldn’t be out of F1. If Williams really wanted something, they would have removed Latifi. Then they would have had Russell and Magnussen – a strong duo in my opinion.”

Williams have been better than Haas and Alfa Romeo this season, scoring more points than both teams combined. However, had Magnussen gone there, he would have been exposed to a new kind of problem.

The team is struggling with finances, and the situation is not ideal at all.

“We did not believe the financial outlay to produce a car adapted for the 2022 tyres was worthwhile. We just didn’t have the financial means back then. After that it was too late to overturn the decision.”