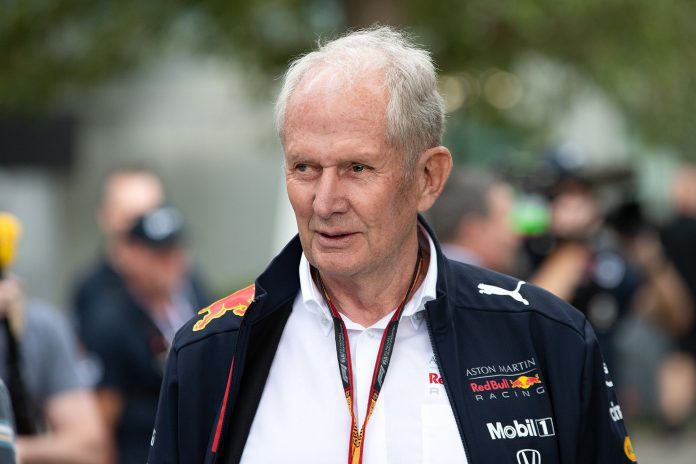 Helmut Marko isn’t holding back, claiming that Mercedes fabricated bad rumours about Max Verstappen, as well as a “show” that Lewis Hamilton is injured.

At the Italian Grand Prix, Verstappen and Hamilton had their second major collision of the season, but whereas at Silverstone, it was the Red Bull driver who was sent to hospital for precautionary examinations, this time it was Hamilton.

When Verstappen’s RB16B collided with Hamilton at the Rettifilo chicane, the right side of his car was lifted into the air and landed on top of Hamilton’s Mercedes.

Both cars were out of the race when they skidded to a standstill in the gravel, with Verstappen’s car partially on top of Hamilton’s. The Dutchman was chastised for strolling away from the scene without checking on his title opponent.

Mercedes, Marko believes, is fanning the flames against his driver.

“It was a normal racing accident,” he told the Osterreich newspaper.

“All the stories around it were pulled up by the hair by Mercedes.

“Verstappen had already got out when Hamilton tried to go back to get out of the gravel.

“The medical car saw that and drove on. And then a show is put on that poor Hamilton is suddenly injured.”

Since then, Hamilton has admitted that he will consult a specialist before the Russian Grand Prix since his neck is becoming “tighter and tighter”.

The Red Bull motorsport advisor did admit, though, that everything “turned out” okay because of Halo.

“Even if I was sceptical at first,” he said, “I have to admit just like in the fire accident, the Halo was decisive in ensuring that things turned out so well.”

Marko responded to Mercedes motorsport manager Toto Wolff’s description of Verstappen’s manoeuvre as a “tactical foul”. The reference was that it was done deliberately.

“What nonsense. Mercedes was too slow for that,” Marko said.

Verstappen is five points ahead of Hamilton in the World Championship race, which Marko believes will go down to the wire.

“The five points that we ahead do not mean anything,” he said. “It will be exciting until the last race.”

Ferrari explains ‘problem’ Leclerc could not publicly speak about on radio...