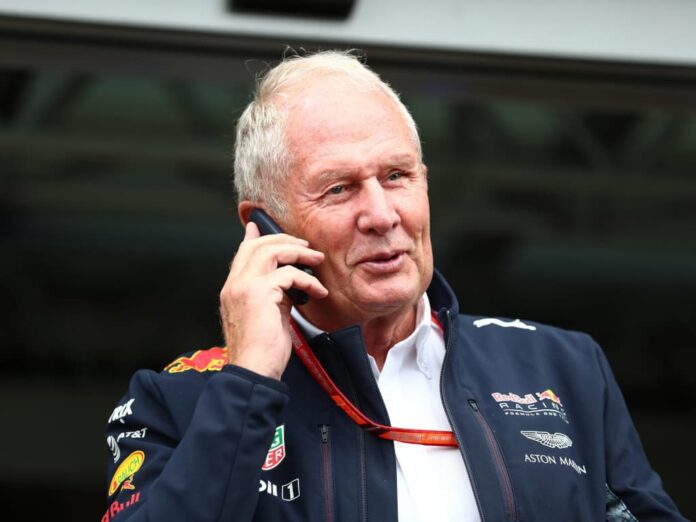 Helmut Marko has slammed Lewis Hamilton for his duel with Sergio Perez, saying that the Mercedes driver was reckless during the entire event.

Hamilton was a man on a mission at the Turkish GP. Starting from eleventh on the grid, he blitzed past those in front of him, and was soon behind Perez’s taillights. What followed was an epic duel of intense racing and brilliant defensive display.

The seven-time world champion almost forced Perez into the pits, but the Red Bull driver didn’t back off. He met him on the inside line and retained his position into the next corner.

Marko slammed Hamilton for his duel with Perez, and alleged that his intention was to force Perez off the track.

“He pushes him there, apparently wanted to send him into the pit lane,” Marko told Sky F1, as quoted by Planet F1.

“Sergio fully countered and defended well. I think that was decisive for him ultimately finishing third.”

Hamilton would not get a sniff of Perez after that. Checo went on to finish third, taking his first podium since June. With his teammate Max Verstappen taking second place, it was an outstanding Sunday for Red Bull.

When asked if he was happy with what transpired at Istanbul Park, Marko said, “We are more than satisfied. That was the best we could get out of here. And Hamilton is only fifth.

“The engineers have also done a great job. The drivers over every lap have been informed of the condition of the tyres, and their driving behaviour has been adjusted accordingly without losing lap time.

“In the dry, we would have had no chance, we have to admit that. In the next race, there will be a long straight again, but in the USA we were always strong.

“Where we see ourselves at an advantage – due to the altitude – is in Mexico and Brazil,” he concluded.