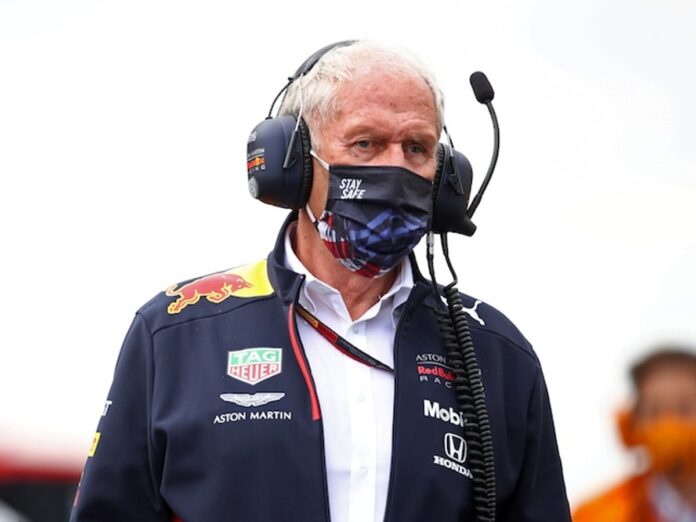 Helmut Marko is worried about Red Bull’s chances for the last six races of this topsy-turvy season.

Red Bull currently trail rivals Mercedes by 36 points in the Constructors’ Championship, but their driver Max Verstappen leads the Drivers’ Championship by six points. There are six races to go before this season comes to a close, and it is hard to call the victor.

However, the Red Bull advisor is not very confident about going on to win everything. In fact, Marko is worried about Red Bull’s chances, saying that Mercedes will be the dominant team for the majority of the remaining races.

“At the moment I only see two races where we have advantages because of the altitude – Mexico and Sao Paulo,” Marko told F1 Insider.

“At the other four circuits, Mercedes is the favourite at the moment.”

The Turkish GP saw Red Bull race as second best all weekend, but they still managed to get both drivers on the podium. It was a huge result for the Milton-Keynes outfit, and one that could be the definitive moment at the end of the season.

Red Bull Team Principal Christian Horner stressed on the importance of the result in Turkey, and said it was a great day for his team.

“So to have two cars on the podium and retake the lead in the drivers’ championship is a positive day for us.”

Although Mercedes won the race thanks to Valtteri Bottas’ masterclass, Verstappen and Sergio Perez took P2 and P3 respectively. Meanwhile, Lewis Hamilton had to settle for fifth place, so the overall winner at Istanbul was probably Red Bull.

There are six races to go, and both teams are leading one championship each. It will be an enthralling end to the season,

Read more: Helmut Marko trolls Toto Wolff’s racing past – “He can wear our overalls if he likes”

“A massive surprise”: Ricciardo can’t help but have a pop at...