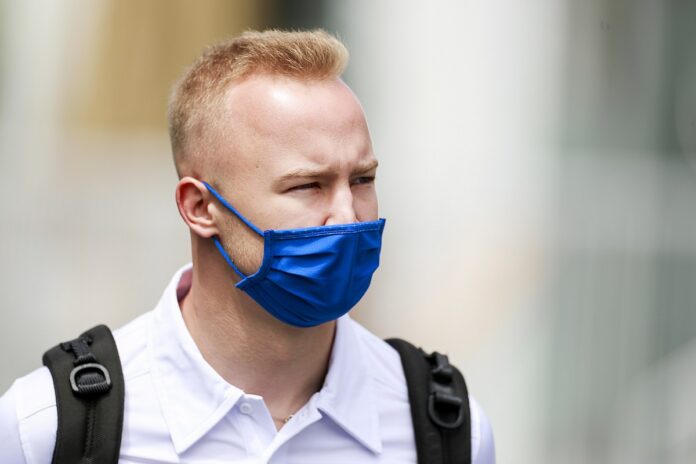 Nikita Mazepin has responded to his harsh critics, saying that their opinions matter very little to him.

Mazepin debuted in F1 with controversy following him from all angles. Issues on and off the track did nothing to improve his reputation, and he is easily the most hated driver on the grid.

In fact, the Russian rookie was the subject of a viral hashtag that was trending before he even participated in his first race. #SayNoToMazepin summed up the community’s feelings towards him, a criticism he does not necessarily agree with.

Mazepin responded to his harsh critics, saying that he is aware he has made mistakes, but critics should give him time to learn and improve.

“It’s difficult to say,” the Haas driver told Gazzetta dello Sport when asked if his reputation is justified.

“Everyone has an opinion about everything. 99 percent of the people who talk about me do so based on what they see on TV or social media, they’ve never met me. Their opinion is totally irrelevant to me.

“I was lucky enough to grow up in a family where we are very close, with my father and other people with whom I have lived all these 22 years. Theirs is the only opinion that matters to me.

“I’ve made mistakes and I’m still making them, as we all do, and the good fortune I mentioned earlier is that when I do, I get a slap on the wrist and I’m told not to do it again. So I learn and improve. I’m sure I can always say I’m better than I was yesterday.”

Mazepin also addressed how he deals with racing errors and revealed that he is willing to learn the hard way.

“I’m a human being and I make mistakes, I spin, I crash, I fail a lap. I’m working to grow,” he continued.

“I had some very encouraging tests before the season. Then it started, with the development problems we all know.

“Beginnings in Formula 1 inevitably bring your confidence down, and it takes a while to build it back up. It’s definitely harder, but it’s life that’s hard,” he concluded.

Mercedes acknowledges blunder at Hungarian GP – “We made the wrong...