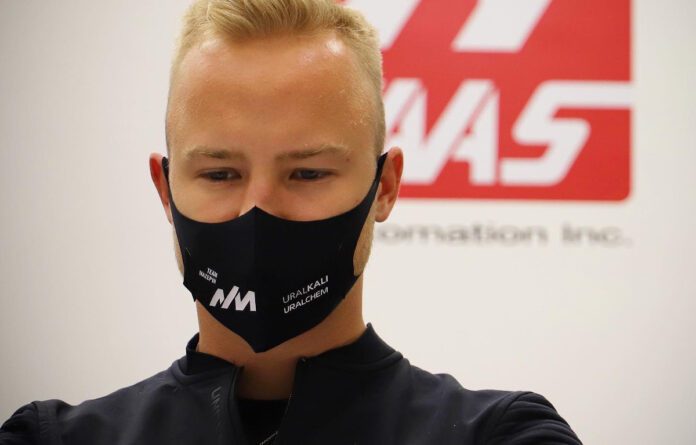 Nikita Mazepin has revealed what would happen if his father bought an F1 team in the future.

Dmitry Mazepin, who is worth around $1.4 billion, is backing his son Nikita in F1. The Haas driver’s father is always linked to buying some or the other F1 team with his millions.

In an interview with Bild am Sonntag, Mazepin agreed that it is a possibility that his dad would make such a move in the future.

“That would be an interesting option for him. Everything he starts he turns into gold,” Mazepin said.

“But I am very loyal to Haas. So if he were to buy one it would be exciting to see how they duel and hopefully beat him.

When asked if he would like to drive for a team owned by his father, Mazepin said, “I wouldn’t rule it out. I’m currently part of a team that is tenth out of ten places in the Constructors’ Championship but I remain loyal to them. I want success with Haas.”

Given Dmitry’s so-called ability to convert anything into gold, it is rumoured that if he does go ahead and buy a team, he will do so with the intention of allowing his son a realistic chance of challenging for the championship.

Mazepin is aware of his perception among the F1 community. He spoke about his sponsorship, and why he believes he will be in F1 for the long term.

“I have my place because I’m a racing driver and the team sees me as an asset,” Mazepin stated.

“The reason for the sponsorship is that the company sees F1 as an opportunity for new business. I’m the only Russian driver and of course, a Russian company will always want to invest in a team that has a fellow countryman.

“I have a good feeling for the limit of a car. Some drivers are too easy to overtake because do not go beyond the limits. I use every opportunity to achieve the best possible result, without breaking the rules, of course.

“That’s how I’ve been driving since the karting days. It has never been easy to overtake me, even when I was in the slower car. We live in a world where we fight for milliseconds, where you have to exhaust every possibility.

“I’m only here to work and to drive as fast as possible and always want to be first,” the rookie concluded.

Read more: Mazepin denies any involvement in controversial video – “I didn’t post it or touch that woman!”