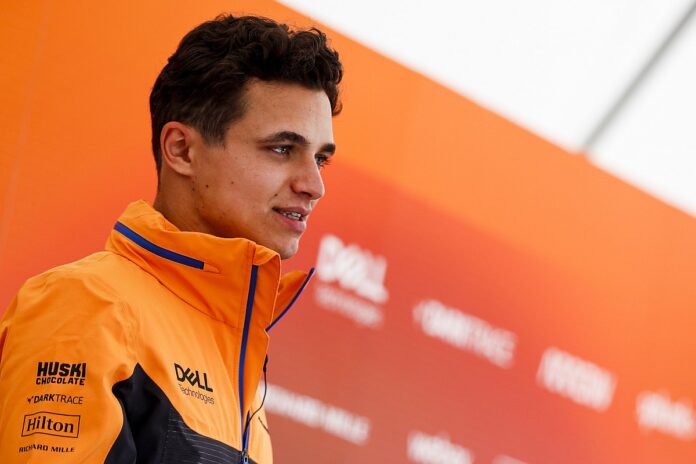 Lando Norris has been hit with a five-place grid penalty for the Belgian GP, as reported by GP Fans.

Norris’ heavy crash saw his car take significant damage. There were rumours that it was too damaged to take part in the race. However, Norris will race, although he will start five places behind P10.

The damage sustained took a toll on the gearbox of the McLaren MCL35 M. Similar to Charles Leclerc’s gearbox situation at the Monaco GP, Norris will have to serve a penalty. The only difference is Norris will actually start the race unlike Leclerc, who failed to race in Monaco.

The gearbox was one of many components that took damage from what happened at Spa. Norris lost control of his car as he thundered up Eau Rouge through to Raidillon during the early stage of Q3. As a result, he spun and crashed, taking damage to his car. Despite the disaster, Norris got lucky as there will be no replacement required for the chassis. If that had happened, a pitlane start would have been needed.

Penalties are being served all over the grid. One man in Norris’ company is Mercedes driver Valtteri Bottas. He is serving a five-place penalty for his actions at the Hungarian GP, where coincidentally, he crashed into Norris and triggered mayhem on the track.

The other driver who is serving a penalty is Aston Martin’s Lance Stroll, who was also a culprit in Hungary. His move onto the wider portion of the track and subsequent collision with Leclerc saw him receive a five-place penalty. It was made worse for him by the fact that after serving it, he will start the race at the back of the grid. It is a strategic headache for Aston Martin, given that one of their drivers is in the top five.

Norris will look to make up places and relieve some tension. His pace during qualification was blistering, and it should be an exciting watch.

“I guess he was pissed off and wanted to play games”:...

“Jules Bianchi saved my life and I will forever be grateful”:...