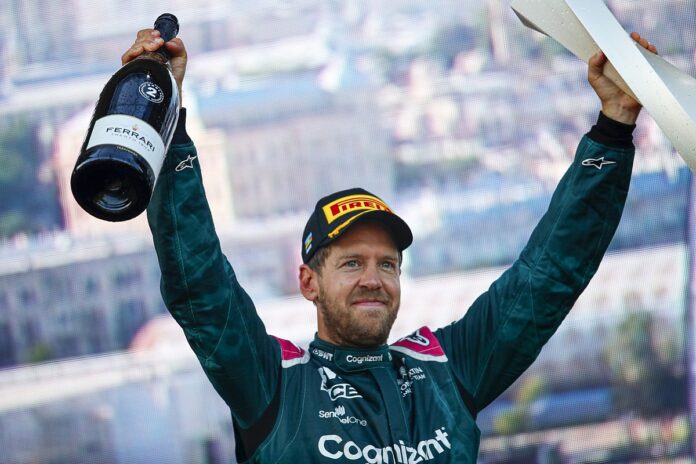 Lando Norris hailed Sebastian Vettel for checking up on him after his crash at the Belgian GP.

Norris was involved in a nasty crash during qualifying, where he was performing extremely well. When Q3 started, he was the first one to go for his flying lap. However, as he thundered up Eau Rouge in the wet, he went off and spun multiple times before crashing. He escaped it unhurt, but those who watched it audibly gasped, filled with shock.

Among these people was Vettel. The German was right behind Norris, and immediately stopped his car next to the damaged McLaren to check on him. This gesture was applauded by everyone, including Norris.

Norris hailed Vettel for checking up on him, and approved of his gesture. He also felt the red flag should have come out before Q3, due to the wet conditions of the track.

As reported by Motorsport-Total, Norris said, “I think Seb made a great decision.

“I said there should be a red flag. Seb said the same thing. Since the conditions were even worse than on Sunday, it was the wrong decision to continue.”

Norris led both Q1 and Q2, and was the favourite to take the first pole position of his career. However, the rain kept on coming, and it got to the point where the aforementioned incidents happened.

“I took a corner and got aquaplaning on the bumps and lost the car,” Norris said.

“I didn’t feel like I was trying to do the best lap of my life and risking everything on the first lap at Eau Rouge.”

When asked if he could have done something different at Spa, or if he could have been more careful while racing, Norris said, “I drove through as normal, downshifted a few gears, braked, and lifted. But there was just too much water.”

“Only Perez drove the full package”: Marko reveals Verstappen did not...