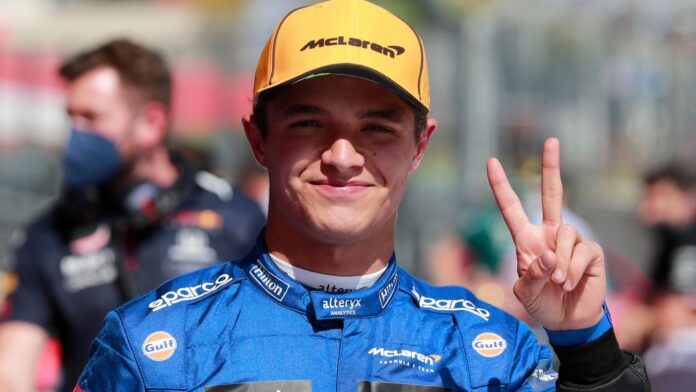 Lando Norris has opened up on his mental health struggles during his racing career.

Norris has revealed how his mental health used to be affected when he made his F1 debut two seasons ago. He uses his social media presence and his huge fan following on various platforms to raise awareness about mental health and other such difficulties.

Even though he is perceived as a joker and a jester, the McLaren driver’s life, like most of ours, is not all sunshine and rainbows. Norris opened up on his mental health struggles during his racing career, talking about how every little thing affects him.

“I guess people, from when they just watch TV, they don’t realise many things that a driver goes through,” Norris told ITV, as quoted by ESPN.

“And it’s a bit of shame, but there are more programmes now where you get to see what the driver is like behind the scenes, and the amount of pressure and stress that they have to cope with. Especially at my age, coming into Formula 1 at 19, there’s a lot of eyes on you.

“So, dealing with all these kinds of things, took its toll on me. Feeling like I don’t know what’s next? If this goes wrong, if I don’t go out in the next session and perform, what’s going to happen?

“What’s the outcome of all of this? Am I going to be in Formula 1 next year, if I’m not? What am I going to do because I’m not really good at many other things in life?”

“So, just all of that, and then just feeling depressed a lot of the time that if I have a bad weekend, I just think I’m not good enough and things like that.

“When they start adding up over the season, and then the social media side of it all, that can just really start to hurt you,” he concluded.

Mental health is a serious matter, and it is something that must be given as much importance to as physical well-being. It is great to see people like Norris share their experiences.

Read more: Leclerc believes his battle with Norris is as intense as Hamilton-Verstappen

Seidl dismisses Daniel Ricciardo exit rumours – “We have a long-term...