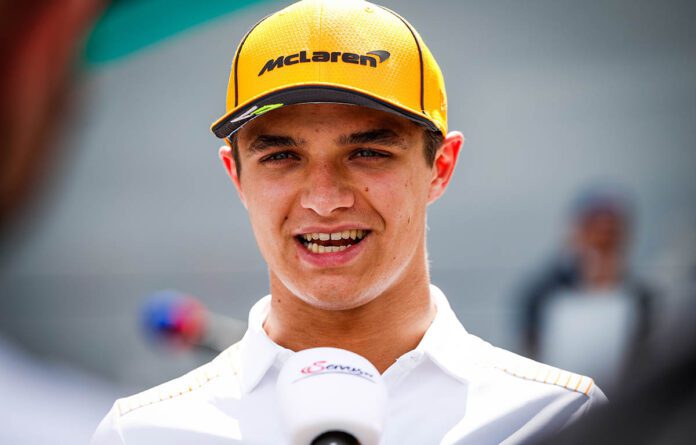 Lando Norris has revealed the reason for not going for the win at the Italian GP.

McLaren in the thick of the action, but the dream of a 1-2 took shape only after the main competitors in Lewis Hamilton and Max Verstappen took each other out. Norris was informed of everything, and the coast was clear for him to actually race for the win.

However, the young Englishman did not go for the win, and instead held position to allow teammate Daniel Ricciardo to take a well-deserved race victory. Norris spoke after the race, and revealed the reason for not going for the win.

“I got a bit closer on one lap and, I don’t know why….I had a few flashes seeing the incident between Max and Lewis,” he said, as quoted by Fox Sports Australia.

McLaren were on board with their team orders, telling Norris to hold station and help Ricciardo end a 3,213-day wait for a race win. Norris took P2, which was a career-best for him.

“In a way, not going to lie, my priority is the team,” Norris said.

“Whether I’m second, third or first, I think the best thing is having that one-two for the team and securing maximum points, and it’s just such a cool feeling to be part of this.

“A bit lost for words in a way, but I’m happy for myself, to be here again, to have executed the race the way we did, with the overtakes and the strategy and the defending. (I am) happy for Daniel and the whole team because it’s a pretty awesome achievement for all of us,” he concluded.

“I am not weird”: Hamilton opens up on his first conversation...