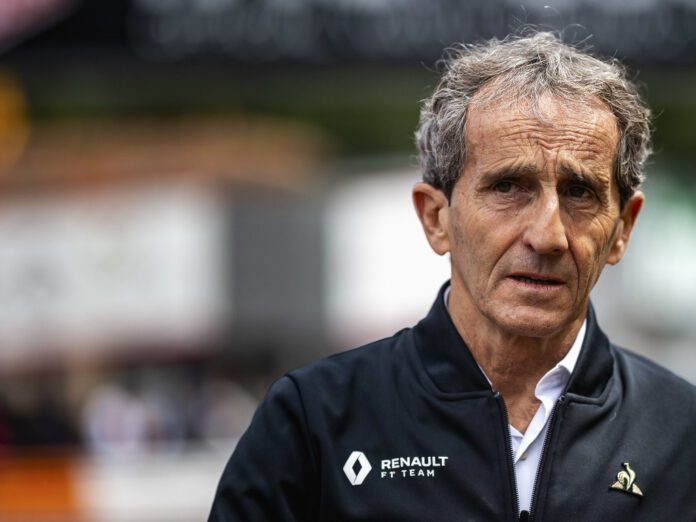 Alain Prost has slammed reverse grids, saying it is a terrible idea and that he would leave if it is introduced.

Since taking over the reins from Bernie Ecclestone, F1 has been introducing new race formats into the sport. This was exemplified in the sprint qualifying format, which is a shorter version of the actual race. The finishing positions will be the grid lockout for Sunday. They are now looking at the feasibility of reverse grids for races, with Ferrari one of the advocates for the format.

The F1 legend was vocal in his disapproval of the idea. He slammed reverse grids, and dropped a shocking revelation if the idea goes through. ‘

“I think it’s good that Formula 1 is trying some things, but you have to understand why you want to do this. You have to ask yourself why,” the four-time champion opined, as quoted by Planet F1.

“Formula 1 must remain traditional. We have to understand the best car and the best driver win because they are the best. That’s the whole idea of ​​Formula 1.

“I hate the idea of ​​a reverse starting order. I hate it. If they introduce the reversed grid in Formula 1, I would leave the sport. I think that’s the worst thing you can do for Formula 1. I would rather see a team dominate because they did the best work than a reversed grid.

“But I am very traditionalist. They also experimented with points for pole position at the time, which I was not happy about,” he concluded.

Mattia Binotto is someone who is for the new idea. He says it can add a layer of excitement to the race weekend.

“I think having a mini-race on Saturday with the inversed grid compared to the championship, I think whatever idea can be interesting,” the Ferrari Team Principal said.

“I think that for the show and the spectacle, it can be of interest. At the very start of the discussion of the mini-race format, as Ferrari, we were the one proposing it, because I think whatever is your position on the classification, that is bringing some extra spectacle and that’s important for our fans.

“It’s important for the entertainment F1 may offer.”

Red Bull set to get Honda engine upgrade boost ahead of...