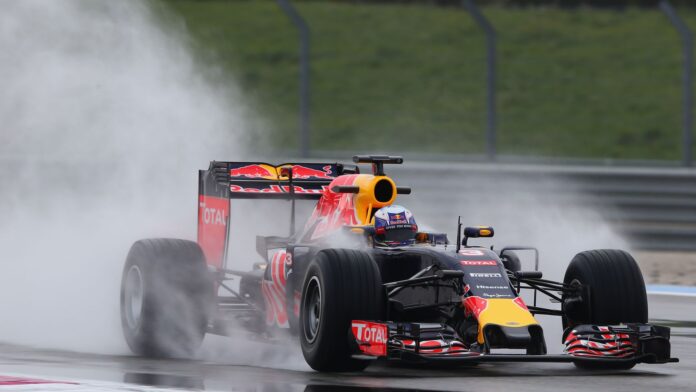 Daniel Ricciardo has hailed Christian Horner for healing his heartbreak from the 2014 Australian GP.

Ricciardo became the first Australian to finish on the podium in his home race. In 2014, he crossed the finish line second behind race winner Nico Rosberg. The then Red Bull driver recalls that day, and considers it a pivotal moment in his career.

Ricciardo celebrated his second place finish in front of his fans at Albert Park. However, sometime later, he was informed that he was disqualified from the race. During his race after-party, he got a call from Jonathan Wheatley, who confirmed his worst fears.

The Australian driver hailed Horner and Red Bull for healing his heartbreak. According to him, the team and Horner said the perfect thing to him to cheer him up.

“What cheered me up is, I think the day after, Christian called me and said ‘We’ll still pay you your podium bonus.’ That was nice,” Ricciardo said on the In the Fast Lane podcast.

“That softened the blow a bit. That was like my first real paycheck in the sport, so I was quite happy.”

The issue at hand was Ricciardo’s car breaching FIA’s technical regulations. According to Article 5.1.4, fuel mass flow should not exceed 100 kg/hr. As such, five hours after Ricciardo’s P2, the FIA announced that he was disqualified from the race. The statement from the stewards ready that the car “had consistently exceeded the maximum fuel flow of 100 kg per hour.”

Red Bull contested the ruling, saying that the FIA’s fuel flow meter that race weekend had been inconsistent during practice, qualification and race day. According to the team’s statement, the response to the FIA was “The Team and Renault are confident the fuel supplied to the engine is in full compliance with the regulations.”

Only ‘supernatural forces’ can stop Verstappen in pursuit of Hamilton: Coulthard

“I hope I have left my mark”: F1 technical director Andrew...