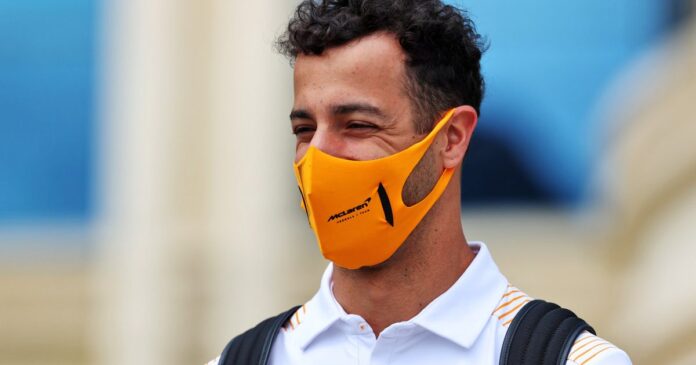 Daniel Ricciardo is not satisfied despite his epic US GP performance, saying he can still do better.

Ricciardo began life at McLaren in the worst possible way. He struggled with the car and was well off the pace of his teammate Lando Norris. Many suggested he had regressed, and that his best days were behind him.

However, he returned to form after the summer break and silenced his critics. Since the break, he has unlocked the best in his car and taken multiple impressive results, including a staggering win at the Italian GP.

The Australian had another strong showing at the US GP, as he beat Norris and finished fifth after passing a Ferrari. However, Ricciardo is not satisfied despite his epic US GP performance, saying he still feels like there is work to be done.

As quoted by motorsport.com, when quizzed regarding his great result, he said, “Yes, it definitely was a better weekend.

“It was a smoother weekend, but there are still definitely moments in the weekend where I am still, ‘I know I can do better, I still make a few mistakes.’

“I am not always getting on top of the car, but it is coming and it is still going to take a bit of time.”

McLaren Team Principal Andreas Seidl hailed Ricciardo’s performance, and rated his US GP result as strongly as his win at Monza.

“It was definitely a very strong weekend from Daniel, and I think it is fair to say together with Monza probably his strongest weekend with us,” he said.

“Maybe it’s even fair to say it was his best weekend with us so far on a track that has a lot of different corner types as well, so I’m very happy with what he could pull off this weekend.

“Some clues but we still don’t know why”: Aston Martin yet...