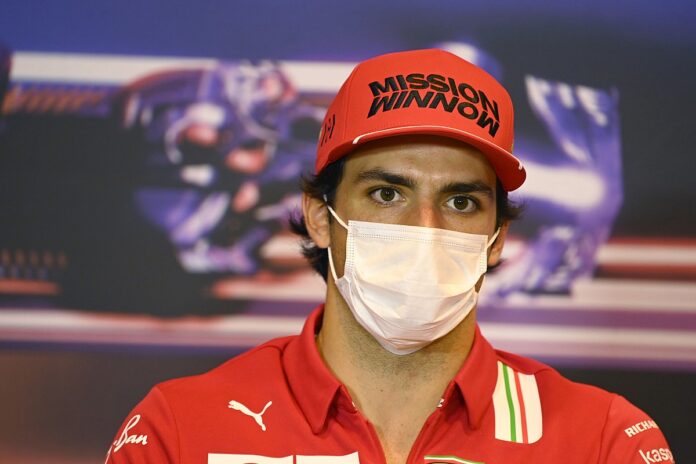 Sainz was a McLaren driver before he made the switch to Ferrari this season. McLaren hadn’t won a race during his time there, but they ended that streak with Daniel Ricciardo taking victory at the 2021 Italian GP.

Sainz will be mentally kicking himself, given last year at the exact same race, he took second place and came within a whisker of a win. Then he moved to Ferrari, and McLaren finished the job he started.

However, the Spaniard only had kind words for his former team. Sainz revealed his thoughts on McLaren’s win, and addressed the battle for P3 in the Constructors’ Championship.

As reported by Motorsport-total, Sainz said, “I’m really happy with my former engineers and the other people I’ve worked with.

“I know how hard they worked for it. They’ve had tough times, and it’s nice from a historical point of view that McLaren wins again.

“They were able to go at this impressive pace all weekend, they were competitive from the first practice session. It already dawned on us that they might fight for the podium. Unfortunately, they are fighting for third place in the Constructors’ Championship with us. And from that point of view this is of course the worst possible result for us.

“But we are still within reach. They took their chance. Congratulations. But we will try to fight back in Russia,” he concluded.

Sainz came within an inch of winning the 2020 Italian GP, but lost out to Pierre Gasly in one of the most emotional wins in F1 history. Monza hosted another classic this year, with Ricciardo and Sainz’s former teammate Lando Norris taking an astonishing 1-2 to end a streak of winless years.

Sainz may be happy for his former team, but he knows that the battle is still raging. McLaren have the advantage at the moment, but there are many races left to go. Ferrari and Sainz will be looking to get results, and knock McLaren off third place.

Read more: Sainz says he knows who was at fault for Italian GP crash – “The accident makes it pretty clear”

“You can see it straight away”: The one skill that Hamilton...