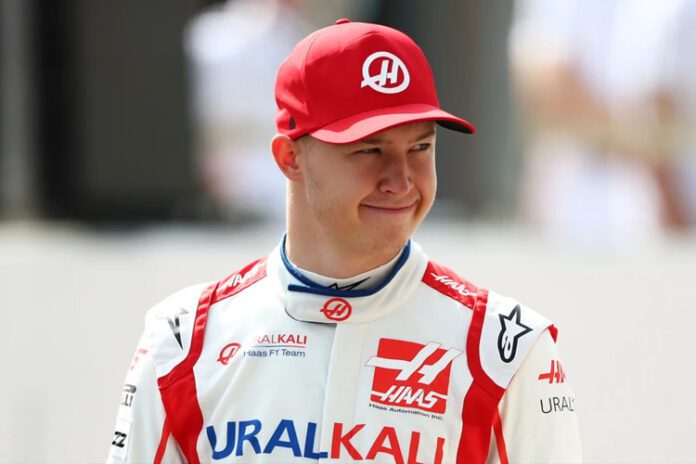 Former driver and FIA steward Mika Salo has heaped praise on Nikita Mazepin for his improvement this season.

Mazepin endured a torrid time in the start to his rookie season. His performances were shambolic, and his off-track activities used to come under fire.

Controversy followed Mazepin as if the two shared a special relationship. It also didn’t help that his teammate Mick Schumacher routinely outperformed him on track.

However, Salo has defended the Russian driver. This is despite being a big critic of his in the past. This time, Salo heaped praise on Mazepin for his improvement this season, and stated that he has become faster and more reliable.

As quoted by Formula Passion, Salo said, “At the time, we didn’t know their car was going that bad. It‘s just a terrible car.

“Nikita has learned a lot since then and is now riding very well. Everything is much better than in the first race.”

Speaking about the issue of Mazepin colliding with Schumacher one too many times this season, Salo said, “It’s not normal, but when your car doesn’t work very well, the only one you can fight with is your teammate.

“They are almost three seconds slower than all the others, so it is quite logical that they are almost always next to each other on the track. Nikita is now almost matching Mick in terms of speed. That is why they are constantly facing each other,” he concluded.

There has been a lot of Mazepin defending emerging from prominent F1 personnel recently. One of them has been former driver Marc Surer, who suggested that Mazepin’s reality check came only when he reached F1, and the struggle wasn’t his fault.

“He has become spoiled because of that because, with a Mercedes, many drivers can drive fast,” Surer suggested.

“That might have made him think; ‘Formula 1 is not that difficult.’ However, then he goes from the best car on the grid to the worst, and of course, that is tough.”

Read more: Nikita Mazepin is unlikely to ‘bite’ despite bait laid out by Ralf Schumacher