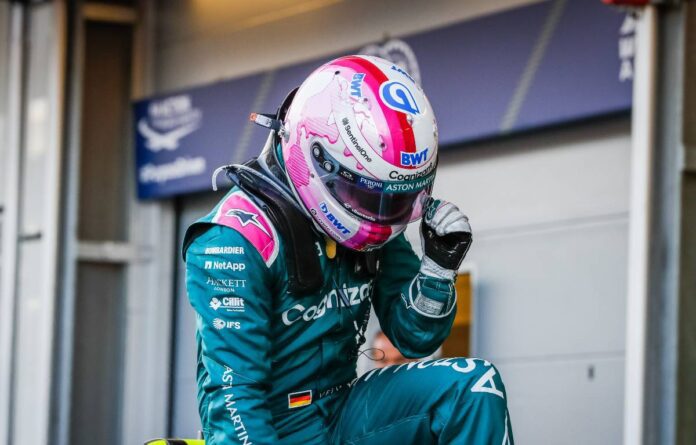 Sebastian Vettel has slammed the current F1 hybrid rules, saying that they do not serve any purpose at all.

The four-time world champion is an active environmentalist, and has repeatedly been vocal regarding measures to conserve the environment. He has now taken exception to some of F1’s environmental regulations.

Vettel slammed the current F1 hybrid rules, and stated that they are way behind the times.

As reported by Motorsport.com Italy, when asked if there was a conflict between being a racing driver and his environmental activism, Vettel said, “Sure, and I think it’s valid because Formula 1 is not green.

“I think we live in a time where we have innovations and possibilities to arguably make Formula 1 green as well, and not lose any of the spectacle, of the excitement, of the speed, of the challenge, of the passion.

“If anything, we have so many clever people and engineering power here, we could come up with solutions. But the current regulations, I think they’re very exciting, the engine is super-efficient, but it’s useless.

“I think there are certain things that people are talking about for the future of the sport in terms of regulations that could shift the change and shift into more relevant changes.

F1 is in talks with engine suppliers about regulations for greener engines. They hope to have fully sustainable fuels after 2026.

However, Vettel disapproved of this idea, and said that the sport should be pioneering change instead of piggybacking on established measures.

“I don’t think it matches the sort of ambitions that Formula 1 has to be a technological leader,” Vettel continued.

“So we react, rather than being proactive and lead the way.

“But I feel we have to start doing it now, rather than discuss for another five years, and in the meantime do five years of nothing,” he concluded.