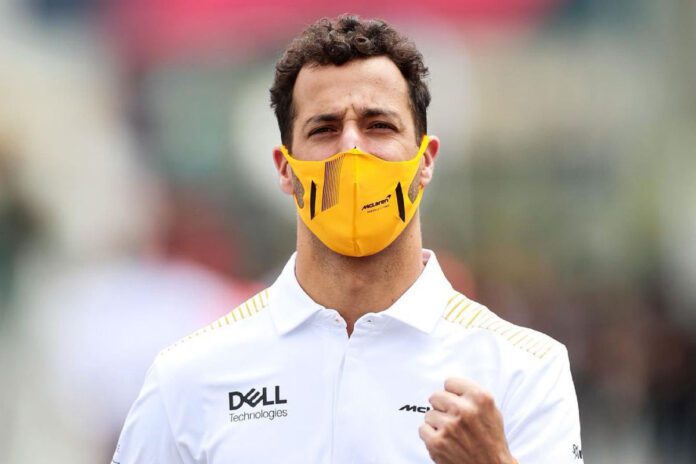 Daniel Ricciardo has credited the summer break for his return to form.

Ricciardo was having an unspectacular first season at McLaren. He was routinely being outperformed by teammate Lando Norris. In fact, over the first eleven races, Ricciardo had scored less than half the points Norris had bagged. This was starting to affect the Australian, and he was subjected to criticism from fans.

However, the summer break saw Ricciardo emerge a different driver. Suddenly, the results are coming, and he is making progress. This has peaked with a P2 start on Sunday for the Italian GP, leading fans to hail the return of the real Ricciardo. Ricciardo credited the summer break for his return to form in the races afterwards.

“I just moved aside for a while,” he said, as quoted by RaceFans.

“But I think definitely so far, we’ve only had a few races, but so far I think the second half the season – even if I, like, take not even results, just like me personally, internally – I definitely feel a bit more comfortable and better within myself now.

“I think just the break, just August was good to really just switch off for a little bit. It was hard to get that kind of step back and look from afar and kind of gain perspective. So I think it’s definitely helped me return to a bit of form,” he concluded.

McLaren Team Principal Andreas Seidl said Ricciardo’s progress has been noted by the team, and they are giving him full support to continue delivering.

“You can see it also in the way he’s coming across, he seems in a much happier place, which is normal for the guys when they see that they are back to the performance they expect from them themselves.

“As Daniel said I think the break, going away from the sport for some weeks was healthy for him and helped him to then jump back into the car in Spa and be in a much better place compared to before the break. So we are very happy with that, very happy for him, very happy for the team, for his crew as well.”

“Not an easy task to find what he likes”: Guenther Steiner...