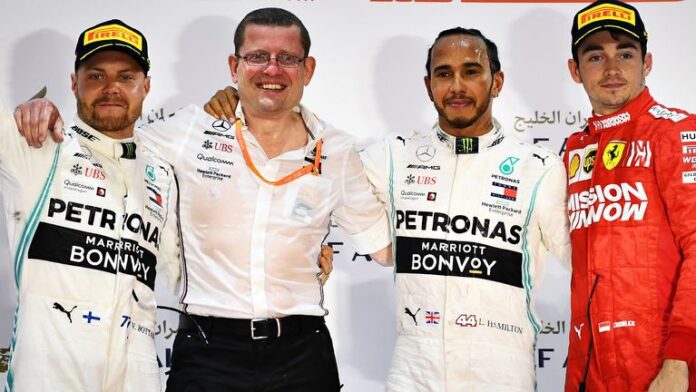 Toto Wolff has denied Andy Cowell’s exit being the reason for the team’s current engine issues, saying the team’s depth can cover for one person.

Cowell was a highly respected member of Mercedes’ F1 engine department. He oversaw many years of successful engine production, and his efforts contributed to the team’s unprecedented success.

He left the sport last year, and this year has seen Mercedes suffer problems with their engines. They have been chopping and changing at the bit and taking grid penalties in the last few races.

Wolff denied Cowell’s exit being the reason for the engine issues, and said that it wasn’t down to just one man.

“One of the strengths of this company is its depth of staff,” Wolff said, as quoted by grandpx.news.

“Of course, Andy is an extraordinary person who has contributed a lot to our success, but so is his successor, Hywel Thomas.

“I have 100 percent confidence in our current structure, and I don’t think any difficulty can be determined to have arisen from the fact that a top person left the company.”

Even though his team is suffering, the Austrian insisted that F1 should stick to the current rules.

“We need to avoid a situation where we make power units that last only a few races,” he continued.

“If we took away the grid penalties, you’d take something like a loss of constructors’ points and simply put a lot of engines in the car fighting for the drivers’ championship.”

Red Bull Team Principal Christian Horner, on the other hand, said that the four-engines-per-season rule needs to be done away with.

“I’ve never been a fan of this limited number of engines per season,” he said.

“I understand that it was put in place to stop costs getting out of hand. But in the end you still use at least four units in a season anyway.

“And that not only costs more, it also imposes penalties on the drivers,” he concluded.

Read more: Wolff unmoved despite US GP defeat – “Everything can change”

Alonso takes dig at Ferrari – “They were not ready”