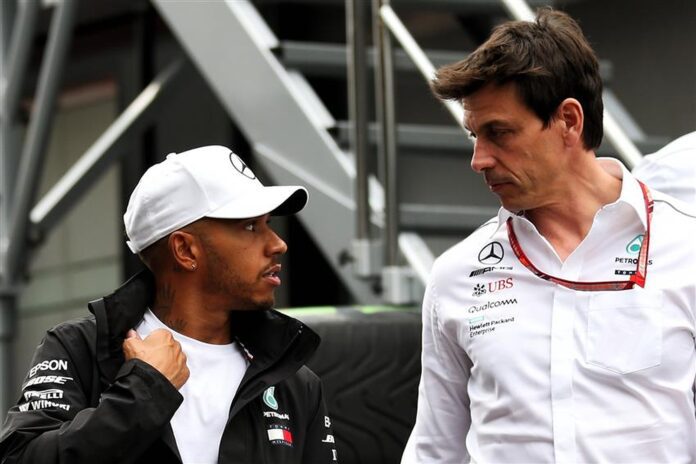 Toto Wolff has issued a firm response to the angry Lewis Hamilton after the Turkish GP, saying the team’s call was the right decision.

Mercedes had an absolute shocker at Istanbul, and threw away a potentially incredible damage limitation result away. Instead of a podium, they had to settle for fifth place thanks to a series of mistakes from Hamilton and the team.

The seven-time world champion was asked to pit by his team to maximise their push towards a podium. He refused to come in, and then complied a few laps later after losing pace. By then, it was too late, and they had to watch as both Red Bulls ended up on the podium.

Hamilton raged at Mercedes on the radio after realising what had happened. After the race, Wolff issued a firm response to the angry Hamilton, saying that the team made the right call.

“It’s quite interesting,” Wolff said, as quoted by GP Blog.

“The intermediates looked really scary but we thought that we could maybe hang out there and finish third with not stopping or if dry line appeared we’d go for a slick to the end.

“So, we balanced between pitting and fighting with Perez and Leclerc on track for P3 or taking a little bit of a gamble either winning or finishing third.”

Wolff stated that the tyres rapidly deteriorated, and that had Hamilton gone without pitting, there was every chance he would have finished below P5.

“It would have been better (to stop earlier) than what ended up at the end.

Valtteri Bottas keeps photos of 2 people he hates to stay...