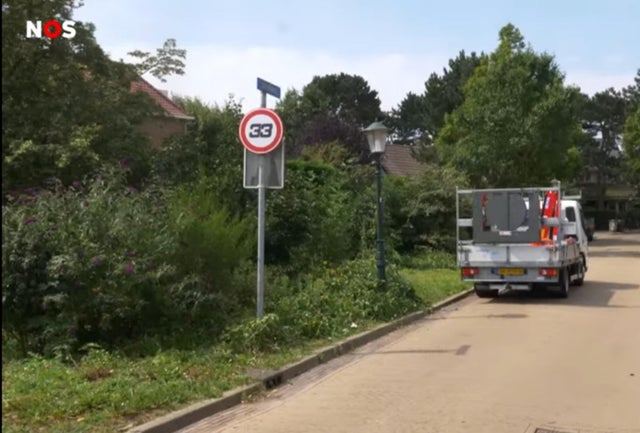 In one of the most genius marketing campaigns you will see, roads around Zandvoort have paid a tribute of sorts to Verstappen. The standard speed limit around the area is a modest 30 km/h. As a result, there are signboards of ‘30’ in and around the area.

However, the marketing campaign has outright changed the speed limit to 33 km/h. It’s not a common number, however. In fact, it looks like a computer graphic. But it’s not just any graphic. It is a special nod to the hometown hero in Verstappen.

33 is the number Verstappen has on his car, and the speed limit campaign celebrates their hero by having that on all the signs. The Dutch GP is just some weeks away, and you can bet this is just the beginning. There will be a horde of people pouring in to cheer their hometown hero on. In the buildup to the race, plenty of changes are taking place in and around the coastal town.

The town has F1 references all over it. For F1 fans, Zandvoort seems like Wonderland, because never before has something like his happened. The predominant colour is orange, which is the most obvious choice for the kits and the other paraphernalia the town has received.

If you are wondering whether the new speed limit is risky, worry not. The 3 km/h difference is hardly anything. In fact, it is only a 2 mph difference. However, there is of course the ambiguity surrounding the whole thing. Will you get fined if you travel at 34 km/h?

We approve without blinking this change in Zandvoort. It is a novel idea, and a great show by the Dutch fans. They are of course lucky Verstappen uses the number 33. If this was to take place where Antonio Giovinazzi is from, for example, we would not take our cars out. 99 km/h is something we can’t keep up with.