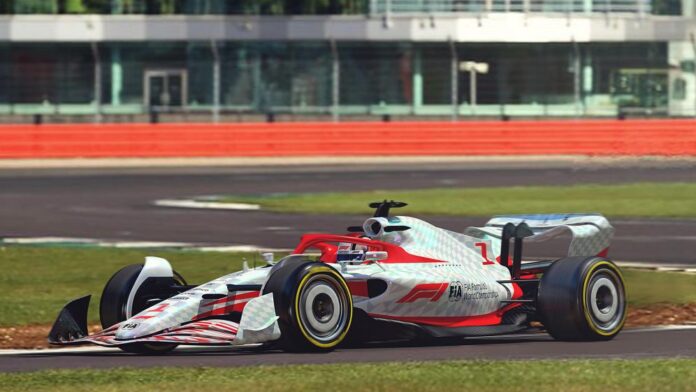 Formula 1 will be introducing new regulations in the upcoming 2022 season to spice up the racing and produce more on-track action.

As a result, they have introduced a brand new car which was recently unveiled ahead of this weekend’s British Grand Prix.

While the launch was mainly online, a full-size model was revealed in Silverstone.

This gave the drivers a chance to look at the car up-close and understand the major and minor changes made to it.

The car has been designed to promote better racing by reducing the effect of the “catastrophic downforce loss”.

Wheel covers are back and the car will also feature over-wheel winglets for the first time.

18″ wheels with low-profile tyres will be featured for the very first time. As a result, front wing and nose concept have been redesigned.

Also, the cars have been designed to run on a more sustainable fuel.