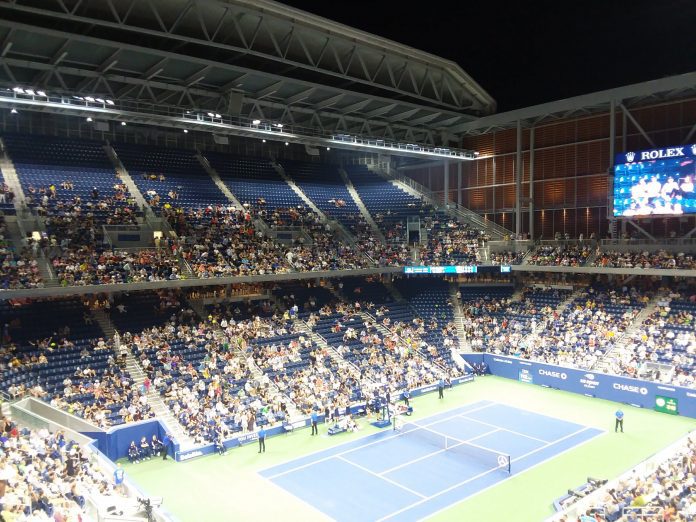 Hurricane Ida wreaked havoc on the US Open 2021 yesterday at Flushing Meadows. The retractable roof of the Louis Armstrong Stadium couldn’t keep rain from penetrating the court and delaying the first-round match between Diego Schwartzman and Kevin Anderson as rain poured down on New York City.

Fans, like the athletes, were affected by the unexpected shift in weather. Some of them resorted to Twitter to share their experiences as well as the conditions they were in.

The #USOpen roof is closed. pic.twitter.com/5D3ruSmnwo

Fans react to the rain disruption

Hurricane Ida brought rain along with strong winds to the East Coast of the United States. Although Louisiana suffered the most, the hurricane did not spare New York as heavy rains and strong winds affected proceedings in Flushing Meadows.

The match between Schwartzman and Anderson was really delayed by two hours and thirty minutes. After it was determined that the match could not be continued in the Louis Armstrong stadium, Stefanos Tsitsipas defeated Adrian Mannarino in the Arthur Ashe stadium. During the rainy weather, fans sent pictures of the damage caused by Ida’s rains.

Play currently stopped on Armstrong despite the roof. Rain coming in with the wind. This is insane #USOpen2021 @usopen pic.twitter.com/Nek3NySCyQ

Some fans mocked the roof’s design, claiming that the lack of space for natural ventilation caused rain to infiltrate the court.

Rain triggered a chain reaction in the day’s fixtures, in addition to disrupting the Schwartzman–Anderson match. The final match of Day 3 of the hard court Grand Slam would be played in the Louis Armstrong Stadium between Angelique Kerber and Anhelina Kalinina.

The organizers, on the other hand, had no choice but to reschedule the match for today. In the third round, the winner will face Sloane Stephens, the 2017 US Open champion.

Serena Williams net worth: How much does she earn and where...

Bartoli backs Djokovic to make history at US Open – “He...