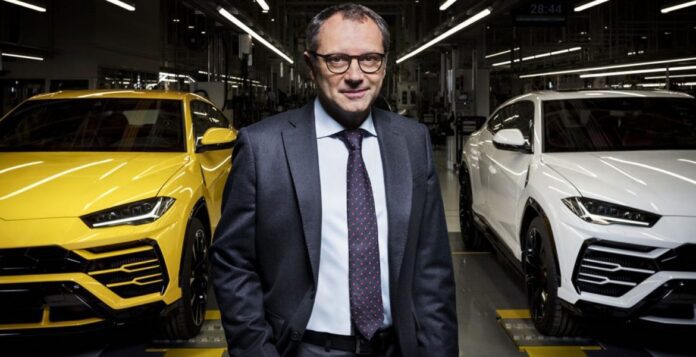 F1 has evolved over the years, with its rules and regulations being tweaked to cater the modern nature of sport. The most recent example of innovation has been the sprint qualifying race. Just recently, Monza played host to the sprint race, the first of which was hosted at Silverstone during the British GP.

F1 CEO Stefano Domenicali is a man of innovation, and brought up a new idea. He proposed the introduction of a tennis-style Grand Slam in F1. The idea, according to him, is to engage with younger fans of the sport.

According to the CEO, a driver who wins the WDC and a new sprint championship would be a Grand Slam champion. This naturally means more sprint races being held over the course of the season.

“We think – only one example – about a Grand Slam. An additional title like in tennis – who wins the Sprint title and the championship title is Grand Slam winner,” Domenicali said, as quoted by Planet F1.

“F1 needs change and must be interesting for the young audience.”

The statement was met with disapproval from fans on social media, who vehemently opposed Domenicali’s Grand Slam idea on Twitter. While many trolled the F1 CEO, a few others called for him to go and to be replaced by former boss Bernie Ecclestone.

Stefano Domenicali’s ideas for the ‘improvement’ of #F1 are absolutely unhinged.

A separate championship for sprint race winners? Do me a favour.

The people running the sport are so out of touch, it almost makes me want to start a ‘Bring Back Bernie’ petition. 😬

The netizens’ reactions were telling. It is a known fact that F1 has too many races on its calendar. The sprint racing format was already subjected to mixed reviews upon its debut. A separate sprint championship was thus unsurprisingly frowned upon.

They also suggested that Domenicali is protected by the media, and if it had been Bernie saying such things, he would have been slammed in minutes.

If Bernie came out with the suggestions Stefano Domenicali is, there would have been a volcano erupting.

However, if the backing is there, we may very well see a Grand Slam championship in the sport. It is not in the fans’ hands after all.