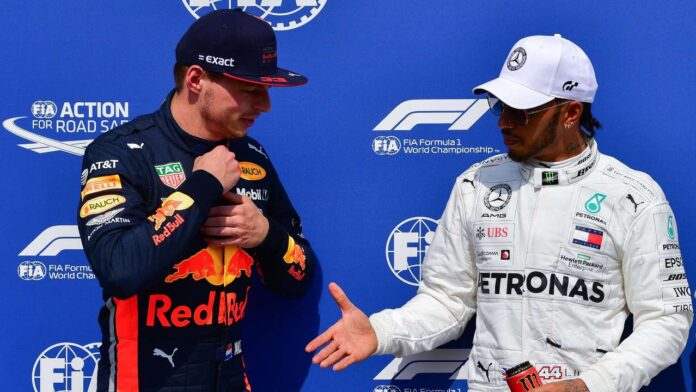 Hamilton and Verstappen collided on Lap 1 at the British GP. It has been one of the biggest talking points this season, and the moment Mercedes had the momentum swing in their favour. The collision saw Verstappen crash and retire, while Hamilton went on to win the race despite being hit with a 10-second penalty.

Many fans slammed the decision to avoid only 10 seconds to Hamilton. However, Alonso has defended the decision. He termed it an unfortunate collision, and expressed his doubts over the punishment actually making drivers drive more cautiously.

Speaking to RacingNews365.com, Alonso defended Hamilton, saying, “No, I don’t think so. The incident was just unfortunate.

“It was an unlucky corner, an unlucky position, an unlucky fight. I don’t think it was intentional, so there’s no need for a heavier penalty. What people probably depict is consistent punishment, but it’s hard to be consistent when every incident is unique. No incident is the same, they are all different.”

“When I think back to 2012, I was competing for the World Championship. Grosjean was suspended for one race, but I’m sure he didn’t mean to send Hamilton and himself flying over me. Nobody does that on purpose.

“When people remember those kind of penalties, they think Hamilton’s penalty at Silverstone isn’t enough. However, what happened there isn’t the same as what happened at Spa in 2012.

“As I said, every incident is unique so I don’t think that crash sets a precedent. We’ll just keep racing hard, but as clean as possible. I’m sure of that,” the Spaniard concluded.

The words from Alonso, a veteran of the sport, have been filled with insight and clarity. Many slammed Hamilton, Mercedes and the FIA for their actions at Silverstone. However, Alonso defending his former teammate will come as a major talking point of this debate.

As it stands, Hamilton sits above Verstappen in the WDC standings. The British GP started his push for the top spot. With the second half of the season to go, they will be fighting tooth and nail for that championship.

Read more: Fernando Alonso full of praise for Sebastian Vettel – “Driving with him is a privilege”

Bottas feels Mercedes’ years of domination could be a thing of...