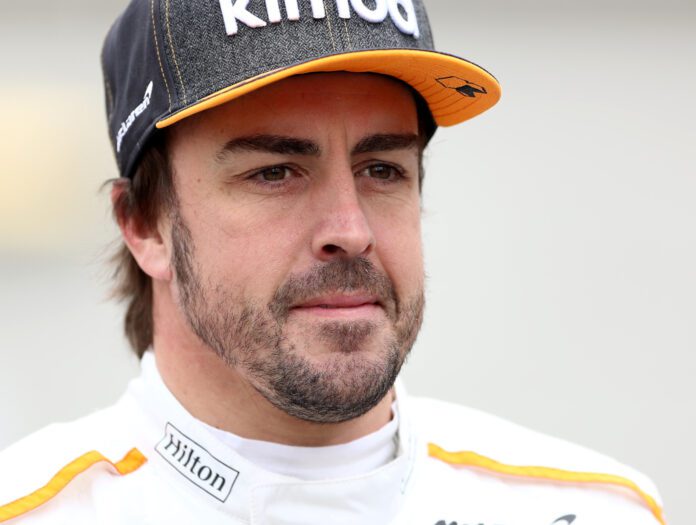 Two-time world champion Fernando Alonso has lashed out at those who crashed out during the qualifying session at the Azerbaijan Grand Prix.

Among those he criticised was Australian driver Daniel Ricciardo. Ricciardo crashed out in Q2 after he slammed his McLaren into the wall to qualify at 13th. Unfortunately, he was not the only one who faced this situation.

Lance Stroll, Antonio Giovinazzi, Yuki Tsunoda, and Carlos Sainz were among those who lost control over their cars before crashing out.

Alonso managed to earn P9. But the Alpine driver was left frustrated as the constant red flags left him unable to push for a higher score.

“It was very chaotic, it was a messy qualifying,” he said.

“Four red flags… that was difficult to get into the rhythm on the qualifying pace, on the track improvement, on the grip conditions that you get on Saturday.

“It’s the same for everybody, so you just try to adapt quicker.

“I think maybe seventh or eighth was possible, but it is what it is.”

Alonso, apart from his clear anger, also suggested that some rules need to be changed considering many might take advantage of them.

“(It’s) unfair probably that the people that crashed, they repair the car and they start in that position tomorrow,” Alonso said.

“All the other cars, we are in parc ferme until tomorrow, we cannot touch the car, so why they can change all the parts that they caused the red flag? Maybe one day we are in that position and we take advantage of the rule.

“I think the people need to calm down a little bit and drive 98 per cent in a street circuit because if you crash and you start last in the race, maybe you don’t drive over your possibilities.

“And I think today with so many people driving over the possibilities of their car or their abilities.”

While Alonso did not suggest any names, Daniel Ricciardo was among those who did things wrong and ended up crashing.

“I don’t feel that great, but it happens, it’s a street circuit,” Ricciardo explained after his crash.

“I knew there was some time to find, and just tried to get it in the braking.

“I think in the braking point there was some margin and I tried to take it. But as soon as I turned it started to lock and once you lock here you’ve got no room for escape.

“That was obviously frustrating but still trying to find the limits. Got a bit more work to do tomorrow, but hopefully, the car is not in too bad a place and the guys don’t have a crazy late night.”

Ricciardo will start the race from P13 on Sunday.

Read More: Daniel Ricciardo reveals that he has got his mojo back doing something that he was initially against

“Hamilton must’ve expected it would be better”: Schumacher does not think...

Alonso will delay release of autobiography to tell the ‘truth’ –...