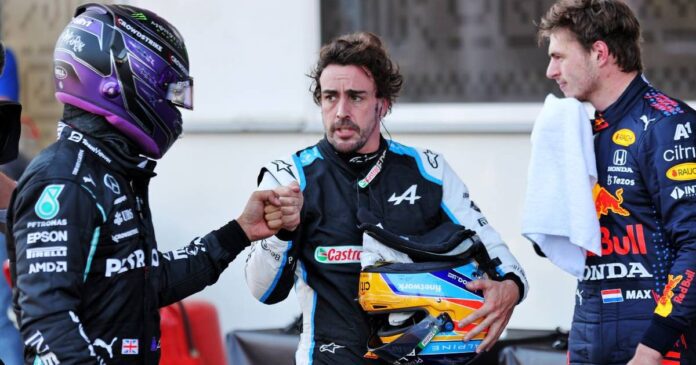 Fernando Alonso‘s return to Formula 1 after a two-year break came as great news for many of his fans wanting to see him race again.

However, the Spaniard recently disclosed a fact that many of us have never known before.

The two-time champion said that just before his return, along with Alpine another team wanted to hold talks regarding signing him for their team – Red Bull.

But in the end, Alonso decided to go back to his old team Renault, now Alpine, to host his comeback.

Red Bull were considering him

“I had no conversations with Mercedes, there were some with Red Bull,” Alonso stated.

The Spaniard also revealed that the new regulations in Formula 1 are what prompted him to return.

Talking about the upcoming 2022 season which will have new regulations, Alonso mentioned that all teams will have a fair chance of racing each other.

“I would not have returned to F1 without the new 2022 rules. I would like to say that I can be champion, but I don’t know,” he said.

“The big teams have the oven ready and the rest of us have a lot to do and test. For next year all teams have the dream of catching up with the leaders,” he concluded.

How is the comeback?

When the news broke that Alonso will rejoin F1, there was much excitement on the prospect.

Considering his overall experience and skill, he could easily challenge the young guns including his teammate, Esteban Ocon.

However, his comeback has not seen much heat, at least for now. This comes after his struggle to score points.

As a result, he is currently eleventh in the driver’s standings with 19 points under his belt.

The highlight of this season for the 39-year-old so far has been a sixth-place finish at the Azerbaijan Grand Prix.

We can only hope to see what the future holds for Alonso.