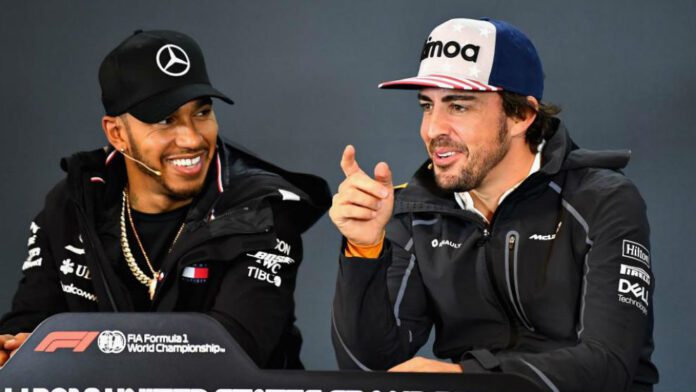 For the past few days, all focus has been on the seats of Mercedes, especially who will get the second after Hamilton confirmed the first.

There have been many speculations regarding who will be Hamilton’s #2 driver – the reliable Valtteri Bottas or the prodigal rookie George Russell.

While the world continues to break their heads on the matter, Fernando Alonso had other things to worry about.

There are rumors that Hamilton wants to continue his tenure with Valtteri Bottas. However, Alonso said that Formula 1 drivers cannot choose their teammates.

“As a driver, normally you never have the option of choosing your teammate. You race for your team and they always choose the teammate they think is appropriate for the good of the team and you have to accept it,” he said.

The double world champion also seems to believe that things at Mercedes might just be different from the convention, especially with Toto Wolff being close to Hamilton.

“But I don’t know the situation they have within Mercedes, or what agreements they have,” he stated.

Who is a better fit for Mercedes?

After the Hamilton-Rosberg era, Mercedes had to secure their place with someone reliable and Bottas lived up to that name.

However, just placing him as the secondary driver will not be fair. Especially because he performs well on his good days.

Bottas has nine wins with Mercedes. But the 2021 season has been hard on him. At the moment, he is sixth on the driver’s list behind both the Red Bull drivers.