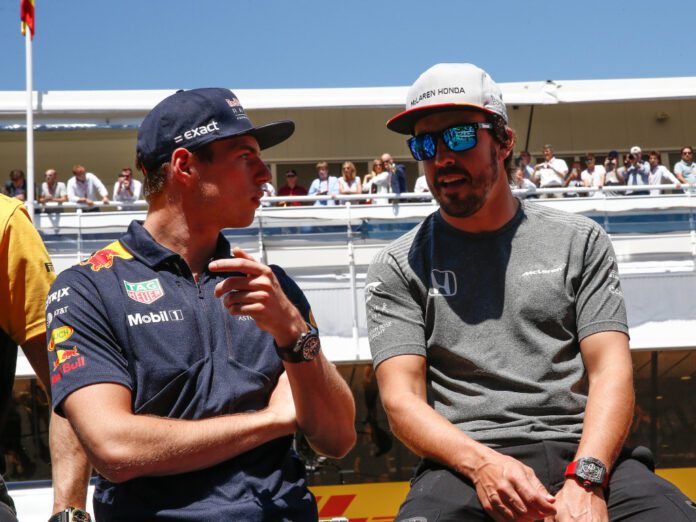 Two-time F1 world champion Fernando Alonso seems to believe that Max Verstappen is currently the best driver on the grid. He bases his statement on the fact that Verstappen does not shy away from overtaking during the race.

Alonso has experience racing with some of the top names including Lewis Hamilton, Sebastian Vettel, Kimi Raikkonen, and Jenson Button.

He has even won back-to-back world titles in 2005 and 2006. So, him saying that Verstappen is a top driver surely has weight to it.

“For me, Max Verstappen is currently the best,” Alonso told F1-Insider.

“He’s a driver that I love to see, he’s always in attack mode. If he’s third and catching up on second, then you know he’s not going to stay there. You know that he’ll try it at some point.

“Of course, this extreme driving style sometimes provokes mistakes but that’s exciting for the fans.”

The former McLaren driver also thinks that every season has a different outcome depending on the performance of the driver.

“In Formula 1, it changes from year to year and from car to car,” Alonso explained.

“There are drivers who are very fast on a lap, others at the start. Others are constant and still others are very aggressive.”

Verstappen is currently only 23 and has a bright future ahead of him.

Mazepin reveals details on pushing Schumacher into the wall – “Was...

Gasly annoyed with FIA for penalty – “There was no space”