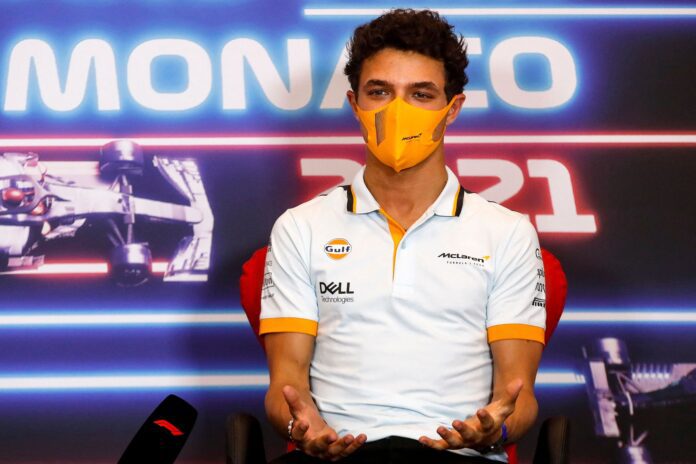 Lando Norris had a nail-biting battle with Sergio Perez during the Austrian Grand Prix on Sunday.

At turn 4, the Red Bull driver tried to overtake Norris but was not given enough room. This pushed him into the gravel.

According to the FIA, the move was unfair and handed the 21-year-old a 5-second time penalty and two penalty points.

While Norris felt that this move is harsh, FIA boss Michael Masi does not seem to think so.

What did Masi say?

“To be fair, it’s a penalty point system that exists, so it’s been there all the way through,” the FIA boss said.

“No different to those driving on the road and a lot of countries that have the maximum number of points that they have to abide by and they have to adjust driving style and so forth accordingly. So, no, I don’t think they’re harsh.

“It was discussed late last year and it’s funny because it affects different drivers and different teams in different ways and the consensus was at the end of last year involving everyone teams, the FIA and F1 that there shouldn’t be a change for this year.

“And it’s not something that we would ever change mid-year. So the penalty scale is something that the teams all agree upon and actually have input into at the start of the year, that is what the stewards use,” he concluded.

Even though Norris achieved a third-place podium finish, he was robbed of P2 because of the time penalty. The points penalty only made things worse.

“Why should I deserve penalty points today for someone going into the gravel? So yeah, nothing I’ve done is dangerous,” Norris explained.

“I feel like maybe in some cases you deserve an on-track penalty because you’ve done something bad in terms of racing and you just made a mistake.

“But then you have things that people do every now and then which is purely dangerous,” he concluded.

However, Norris will be in a much more peaceful state of mind by the British Grand Prix held at Silverstone after his penalty points won’t be relevant considering a one-year gap since his last one.