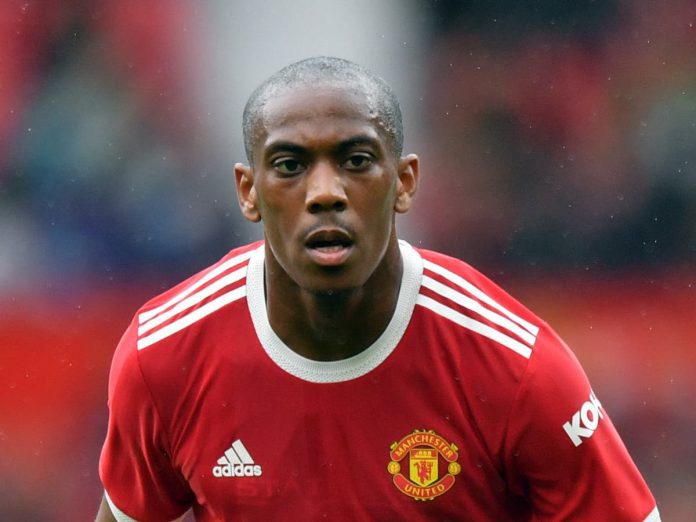 Following Anthony Martial’s goal in France’s 1-1 draw with Ukraine on Saturday, a section of Manchester United supporters was ecstatic. For this particular World Cup qualifier, Didier Deschamps made significant changes to his line-up.

With Kylian Mbappe injured and Karim Benzema on the bench, Martial was given an unexpected start upfront.

In the first half, the 25-year-old failed to make much of an impact. He squandered a fantastic opportunity to put Les Bleus ahead, failing to beat the goalkeeper one-on-one. Before the break, Ukraine seized the lead thanks to a beautiful curler from outside the box by Mykola Shaparenko.

France earned a point in the qualifier, thanks to Martial’s first competitive goal. It was only his second goal for the national team, with the first coming five years ago in a friendly. Some United supporters were happy for the forward, who has had a difficult season at the club.

Some of the tweets were:

Look how much that goal meant to Martial..Fans need to stop slating players when they’ve been struggling in form. I hope that goal was his first of many for this season and beyond. #mufc pic.twitter.com/Y1X2zmzGw0

One good thing to come out of this international break is martial getting his first goal after being injured for 5 months, hopefully that goes him the power of good ❤️🇨🇵 #MUFC pic.twitter.com/JTKUKTibCB

When Edinson Cavani was selected ahead of him earlier this season, Martial struggled to get consistent starts for United. After sustaining a knee ligament injury in April, his season came to an end.

With Cristiano Ronaldo‘s surprising return, Martial’s chances of starting as the main striker are slim. He’s also up against great competition for wide attacking spots, where his colleagues are now thriving.

On transfer deadline day, Martial was on Lyon’s radar, but he turned down a loan move to his former club. The striker is determined to earn a starting spot for United, but he faces a difficult task. This season, the €45 million-rated star may be limited to cameo appearances in Premier League and European games, according to Transfermarkt. Martial must make the most of the little opportunities he has with goal contributions, to maintain a regular starting place.

Britain to change laws to protect football from breakaway leagues