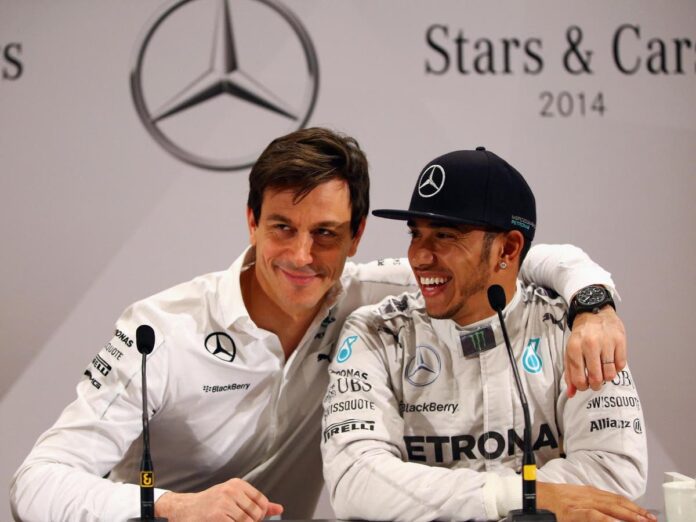 Ever since the news broke, the Formula 1 paddock is abuzz with the talks of Mercedes and Lewis Hamilton‘s contract signing.

With his contract extended by two more years, the driver and team will be together for a period of 11 years.

Looking back at how much time this deal took, the news created shockwaves for sure.

In just a period of six months, this is Hamilton’s second contract with the Silver Arrows.

British racer Paul di Resta had some interesting opinions on the incident.

“Mercedes need Lewis as much as Lewis needs Mercedes,” he said.

Another noticeable aspect of this signing was how early the deal took place.

“Formula 1 has gone through a massive change… when you get together at some point, some conversations are easier than others, that’s why I think it’s such a positive thing that’s happened so early,” di Resta said.

Seven-time world champion Lewis Hamilton has won six titles while he was with Mercedes.

He had the word ‘Loyalty’ written on his t-shirt which sums up his relationship with his team.

“We’ve accomplished so much together but we still have a lot to do, both on and off-track,” he wrote.

We can only wait and see how the next two years turn out for the talented driver.