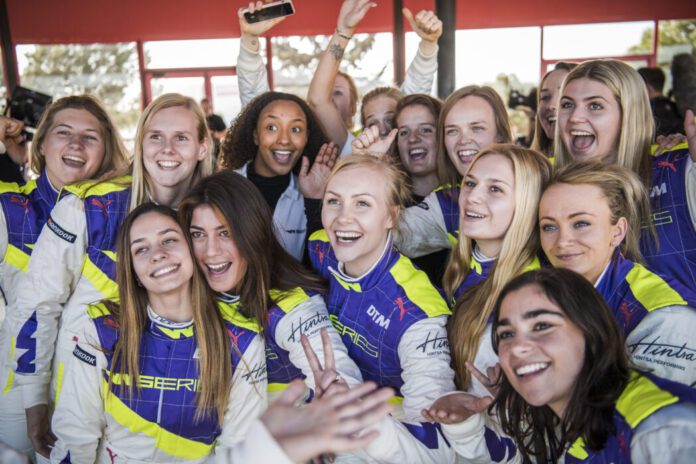 The W-series is a racing series for women talented behind the wheel and the competition here is absolutely exciting.

This is also the opinion of Formula 3 boss Bruno Michel.

In an interview with Autusport.com, Michel has had a word with W-Series CEO Catherine Bond Muir about the possibility of a merger between the two series.

As a result, the women of the W-Series could find themselves racing or testing in Formula 3. This will give them a chance to prove their worth against male drivers.

What did Michel say?

“I had talks at Silverstone with Catherine, the CEO of W Series, to see how we can try to work together in the future. Because there are some very interesting drivers in the W Series,” the boss said.

However, there is a potential problem here: age.

With reports of talks going on between the two parties, we can soon hope for a positive result.

However, how the entire situation will play out is still unclear to the F3 Director.

“The idea we have discussed is to use W Series drivers to try and get them into Formula One,” he explained.

“Of course they need to get into the pyramid, and everyone is fully aware of that and everyone understands that. We are discussing the best way to do that, maybe to help in some testing in Formula 3 for the winner.

“There are discussions going on and Catherine is fully in agreement with that, so that’s something we’re discussing. Absolutely,” he concluded.

Whether this will be executed next year or the year after that, we are yet to see. For now, Sophia Floersch is the first and only female driver to race in F3.

Money, comfort and freedom: Why Mercedes employees are jumping ship to...

“If he would have lost the race”: Wolff reveals consequences if...