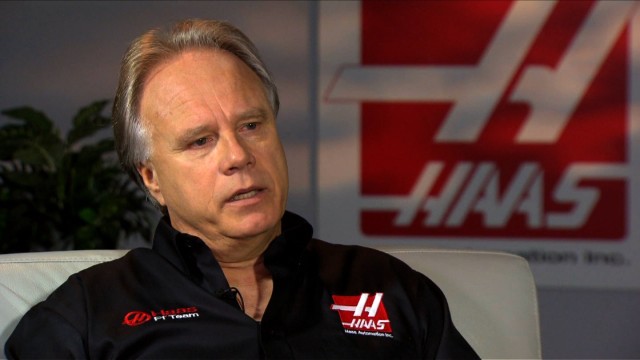 Eugene Francis Haas or Gene Haas is the founder, president, and sole stockholder of Haas Automation, a maker of CNC machine tools. He is also involved in motorsports, having created the NASCAR team Haas CNC Racing (now Stewart-Haas Racing) and the Formula One outfit Haas F1 Team.

Gene Haas was born on the 12th of November 1952, in Youngstown, Ohio. Haas earned a Bachelor of Science in accounting and finance from California State University, Northridge in 1975.

He studied engineering at first but moved to business after Lockheed nearly went bankrupt. He was unable to locate work that paid more than what he was making at his summer machine shop job after college.

So, he worked as a machinist and CNC programmer for the following four years. He founded Pro-turn Engineering, a small machine firm with two employees, in 1978.

In 1980, Haas noted that it took a long time for one of his employees to manually set an indexer. Haas reasoned that constructing his own indexer with a stepper motor drive would be more efficient.

He made one for himself as well as a couple more for other machine firms. He demonstrated his indexer at WESTEC in March 1983. (an industry expo).

After witnessing the enthusiastic response of guests, he decided to establish Haas Automation to mass-produce them. His first commercial product, the HBI-5C (Haas Brothers Indexer), was a success due to its programmability and low cost. Haas and a colleague were granted a US patent for their innovation in 1986.

In 1988, Haas began production on a fully enclosed CNC machining centre that was priced far lower than the competition.

Some thought Haas replicated or reverse engineered this machine, but existing machines were so difficult to use at the time that Haas used them as an example of what not to do.

Haas machine tools grew in popularity throughout time, owing to their simplicity, low cost, and user-friendliness.

Haas Automation is presently the largest maker of machine tools in the United States. Sales in 2008 set a new high, apparently totalling slightly around $1 billion worldwide.

The new team’s debut race came on September 30, 2002, with driver Jack Sprague finishing 35th following a crash. In 2002, the squad raced only three races. By 2003, the team was full-time, with many driver changes throughout the season.

With driver Jason Leffler, the team won its first race in the then-Busch Series in 2004. By 2006, the team had relocated to a new, cutting-edge facility in Kannapolis, North Carolina, and was fielding a full-time two-car Cup Series squad.

The squad was still suffering towards the end of 2008, with a career-average result of just under 27th place. Late in 2008, Haas announced a partnership with driver Tony Stewart; Stewart will race for the team in exchange for a 50% share in the firm.

He led the standings for much of 2009, winning four times at Pocono, Daytona, Watkins Glen, and Kansas before finishing sixth overall.

Stewart had a disappointing 2010 before winning at Atlanta and Fontana, while Newman won at Phoenix. Stewart won the Sprint Cup Championship in 2011, winning five of the ten Chase races.

Haas revealed in January 2014 that he has formally submitted to the FIA his interest in launching a team in the F1 championship in 2015 or 2016, tentatively titled Haas Formula and Haas Racing Developments.

To better showcase its commitment to the chosen sport, the team adopted its present moniker, Haas F1 Team, in September 2014. It was also rumoured in December 2014 that Haas had purchased substantial assets from the bankrupted Marussia F1 team, which was confirmed in early 2015.

Since 2001, the Gene Haas Foundation has made financial contributions to organisations such as the Hospice Foundation, the Boy Scouts of America, the Los Angeles Mission, the YMCA Kids Camp, the NAACP, Children’s Hospital Los Angeles, the MS Society, and others.