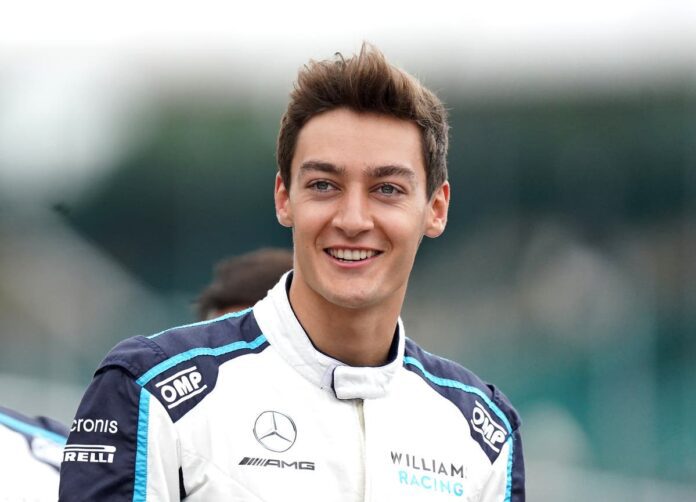 The future of Williams driver George Russell is the hot topic of conversation in Formula 1 considering his contract ends this year.

The young Brit is a part of the Mercedes driver academy and there are rumors that he will join the Silver Arrows the following season.

Fans were expecting Russell and the German team to sign a contract ahead of the British Grand Prix.

However, both parties denied signing any such deal. Russell, however, proclaimed that he will be driving a Mercedes driving car in the upcoming season.

During a press conference before the British Grand Prix, Russell joked that he would be racing with McLaren in 2022. Mercedes supplies the power unit for McLaren.

“I am a driver managed by Mercedes and this means that in 2022 I will be in a Mercedes-powered car. So in 2022, I will be racing with McLaren,” he joked.

The young driver also stated that he will want to race in a competitive car in 2022.

“I don’t care what my car will be in 2022, as long as it’s fast – added Russell – I really want to win and give my best at the wheel of a competitive car,” the Brit said.

The British Grand Prix will see a packed stadium during the weekend in Silverstone. Since the start of 2020, this will be the first time that F1 will have all 3 days capacity crowds.

“I am really excited for my home race and to have all the British fans back will be an incredible experience,” Russell said.

“It will be a challenge with the new format this weekend, so we are going to have to be on our toes to make the most of it,” he concluded.

What team will Russell join in the next season? Let us know in the comments below!