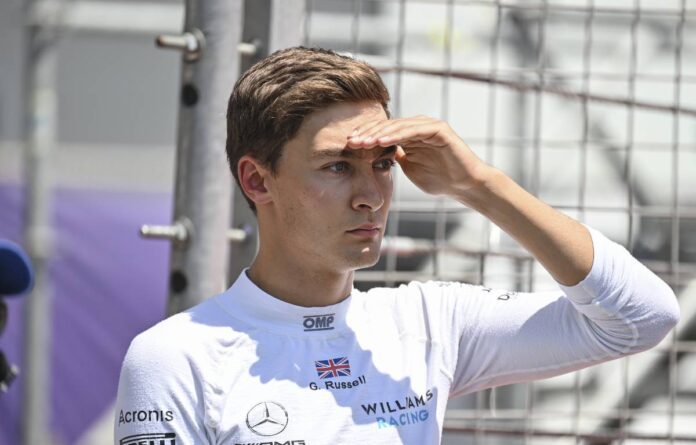 Football is well-known for bringing people together in celebration and the same happened at the Formula 1 paddock.

British drivers including Lando Norris and George Russell were in a festive mood after England’s 2-1 victory over Denmark.

The final against Italy will take place on Sunday and the English drivers have offered their full support to the three lions with hopes of winning the Euro 2020 finals.

McLaren driver Lando Norris was ecstatic as Harry Kane and his men triumphed over the Danes. He posted a popular English slogan on social media for the victorious occasion.

The team reacted to Norris’ tweet with a GIF that perfectly represented all English supporters who were watching the match.

George Russell had his head in his hands as Kane geared up to take a penalty shot which could place them on the path of sure-shot victory.

The English skipper was able to convert the opportunity into a goal which gave his team a 2-1 lead. The team then held on to the score till the end of the match.

English fans up for a treat

The Euro 2020 final will take place this Sunday which has put English fans over the moon. They are certain that they can win against Italy.

Following this weekend, the next Sunday will play host to the British Grand Prix in Silverstone. There would be nothing more exciting to see than another British athlete claiming victory at their home race.

Norris, Russell, and Hamilton are pleased with the fact that the stadium will have fans come back to watch them race. They hope to put on a great show to compensate for their absence.

We can only speculate if Hamilton will claim victory in his home race.