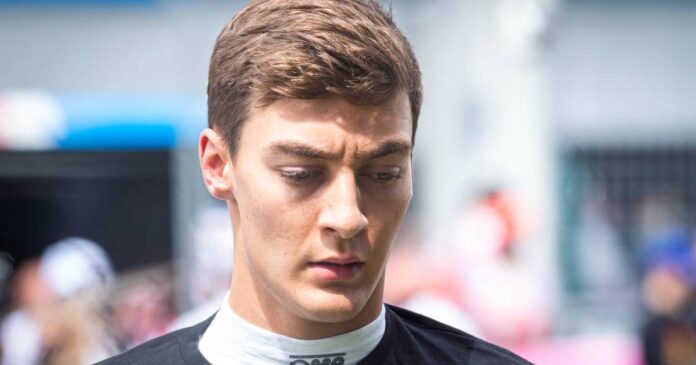 George Russell lies waiting patiently for a chance to drive for Mercedes as they are yet to decide if they want to continue with Valtteri Bottas.

At the moment, the paddock is filled with rumours regarding Russell’s place with the Silver Arrows. However, without an official confirmation, the Brit can do nothing but wait.

Russell, however, has drawn encouragement from the fact that a big career move was promised to him by Mercedes and he has used that to motivate himself over the years.

“I’m in constant communication with Mercedes obviously because they have always looked after me,” Russell told Sky F1.

“I’m their junior driver and they are in control of my destiny as such, wherever that may be.

“They have always said ‘if you do a good job, you’ll be rewarded’. It’s as simple as that.

“I’ll have a Mercedes engine at the back of me next year no matter what. I’m a Mercedes driver, I’m loyal to Mercedes.

“I want to be fighting for victories and World Championships.

“I’ve worked so hard to get into Formula 1 and I didn’t work that hard to be fighting for P15. I’m here to win, I want to win and that’s what I want to do sooner rather than later.

“I’m just doing my best week in week out and what will come from that, who knows,” he stated.

While the young Brit waits for his chance with the Silver Arrows, he has been close to earning points with his uncompetitive Williams car.

Unfortunately, due to one factor or the other, he was always outside of points finish.

Russell said: “I think we just need a bit of luck, to be honest. We would have scored points (at the Styrian Grand Prix).

“I was in eighth, on the medium tyre, I had Fernando and Stroll just ahead of me on the softs and unfortunately we had a mechanical failure.

“Such a shame for everyone – it doesn’t happen when we’re last for two years, it happens the one time we’re in the points.

“Whenever we’ve just had half a chance there’s always been something that went away from us.

“It almost felt too good to be true at one point and then when I got that radio message I was like ‘there it was’. You know, that’s racing sometimes,” he concluded.