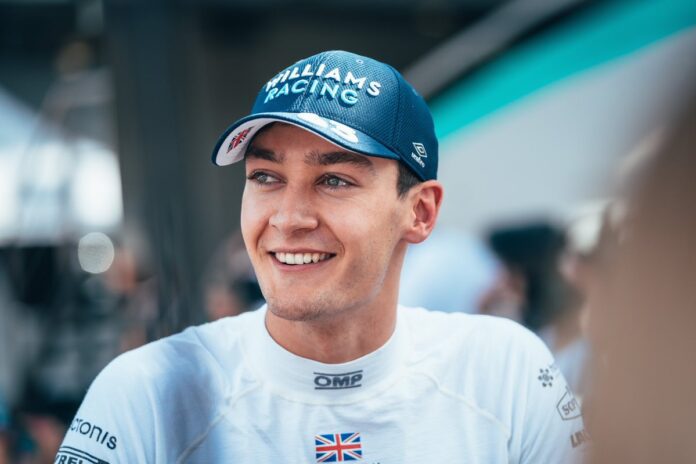 With mass rumors about the Mercedes‘ second seat floating around the paddock, it is estimated that the news will break by the British GP.

After Lewis Hamilton‘s contract extension by two years, there are rumors that George Russell will replace Valtteri Bottas, the current driver.

News of the confirmation is expected to break by the British Grand Prix next weekend, Russell’s home race.

Some might argue that Russell is still not ready to take such a giant leap. However, the Brit does not consider it a daunting prospect.

“Everyone wants to go up against the best driver,” Russell said in an interview.

“Everyone believes in themselves, but for me, I’d love that challenge because the pressure would be off and I’d find myself in a win-win scenario.

“I’d go in with that mentality if I ever found myself up against one of the best drivers of all time. You have got nothing to lose – which I think is great really.

“That is the sort of situation that Sergio Perez finds himself in at the moment.

“He’s got no pressure because he’s got nothing to lose – and so you go out there and enjoy it, and show them what you can do,” he stated.

Russell ready for stepping up

The Williams driver revealed that he is ready to step up the game.

He drives encouragement from his drive in Sakhir last year when he filled in for Hamilton. This was when the seven-time world champion contracted Covid-19.

“I believe in myself and I feel ready to fight for victories and World Championships,” he continued. “I had the massive challenge in Bahrain last year, being thrown in at the deep end with no preparation and no laps in the car.

“I think it has been proven how difficult it is to jump between cars and get up to speed.

“I felt far from up to speed for that race but we still managed to do a pretty decent job so I think I feel ready. Obviously,” he concluded.

With Hamilton’s spot secure for the next two years, it is yet to be seen who will fill in.