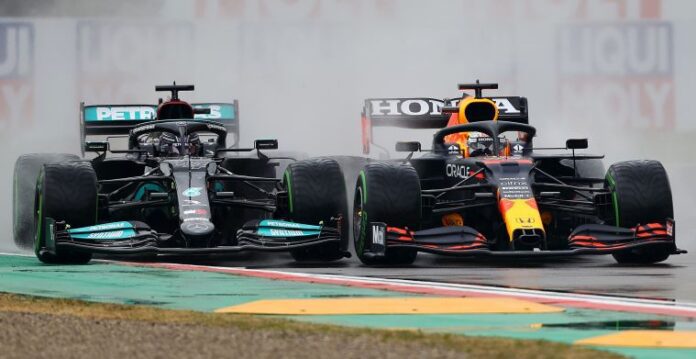 Just before the F1 paddock headed for the summer break, there was an intense battle going on between Max Verstappen and Lewis Hamilton.

Such intense is the rivalry that fans have started to compare the two drivers to previous rivalries that were famous in F1.

Gerhard Berger, a former F1 driver, compares the battle between Lewis and Max to Ayrton Senna and Alain Prost.

For three years, Berger was Senna’s teammate after Prost moved to Ferrari.

Prost and Senna had such intense rivalries that they could be bear to be on the same team.

This is what is currently going on between the ace drivers of Mercedes and Red Bull.

”That’s happening now too, at the same level,” the Austrian said.

What did Berger say?

”Actions like the one at Silverstone, with such an average run-off lane could have ended fatally,” he stated.

“It is a fight between the drivers, but also between the teams. It’s a duel on and off the track every time.

“These drivers don’t give each other an inch. However, I believe that Red Bull is less sensitive to the psychological war than Mercedes,” he added.

Verstappen lost too many points

During the last two races alone, Verstappen ended up losing a bunch of points. Not only did he lose the lead in the driver’s standings, but Red Bull also dropped to second place in the constructors.

”There is no point in starting to calculate your points,” Berger explained.

Nico Hulkenberg predicts friction between Haas drivers – “You only fight...