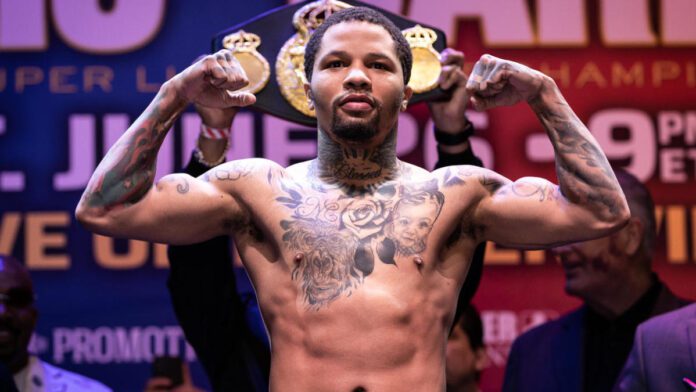 Gervonta Davis was born on November 7, 1994 (age 26) and is a professional American boxer.

He has won several championships in three weight classes.

Since June 2021, Davis has been given the title of the world’s best active super featherweight by The Ring magazine and second by the TBRB.

In the active lightweight category, he is ranked as the best by BoxRec, third by ESPN, and ninth by the TBRB.

Davis is famous among the fraternity for his vicious punching power and he boasts a knockout-to-win percentage of 96% (100% in world title fights).

His current girlfriend is Vanessa Posso.

Ever since he was five years old, Davis has been training at the Upton Boxing Center.

He is trained by Calvin Ford, based on whom the character of Dennis “Cutty” Wise from The Wire has been created.

Davis has had a successful amateur career where he managed to win several national championships.

He moved on from his amateur career with a record of 206-15.

Davis comes from the West Baltimore region which is known for its crime. He dropped out from his school to focus on his career.

However, he earned himself a secondary degree with the help of a GED program.

Davis began his professional career in the super featherweight category where he KO’ed Desi Williams in just 89 seconds.

He went on to prove that his win was no fluke with 5 straight finishes before his opponent retired in 2014.

As a result, Davis was able to maintain 23 finishes on the way to a 24-0 professional record.

Davis TKO’ed Jose Pedraza in 2017 and earned gold for the first time in the sport. Therefore, he was able to become the IBF super featherweight champion and even defended the strap once.

However, he stepped into the ring while being overweight and was stripped of his title.

Davis has fought for a world title in each of his matches ever since he missed weight and showed no issues on the scales.

He claimed his second world title after beating Jesus Cuellar and ended up defending his belt twice against Hugo Ruiz and Ricardo Nunez.

He then moved on the challenge himself in the lightweight division.

After challenging and winning against Yuriorkis Gamboa, Davis managed to claim a title in a second weight class.

Back in 2020, Gervonta Davis knocked out Leo Santa Cruz and earned several fights for the 2021 season.

According to several reports, Davis has a net worth of $4 million as of 2021. His fight with Hugo Ruiz earned him $1 million.

However, the ‘Tank’ is still in the prime of his career and can earn a lot more as he progresses through his career.

Looking at his age, he has almost a decade more to go in the sport.

Ahead of his fight against Ricardo Nunez, Davis was handed the key to the City of Baltimore.

He also donated 100 fight tickets to the ‘What I Need Family Services’ charity.

His aim is to help youngsters put their desire to fight to good use by channeling their inner aggression.

In 2019, Davis also participated in the Clothes4Souls and Macy’s coat distribution along with Tammy Rivera Malphurs.

He revealed that he would be participating in similar events in the future as he felt good after being a part of them.

Back on September 19, 2017, Davis was accused of first-degree aggravated assault and an arrest warrant was issued against him.

Based on court records, the incident allegedly took place on August 1st but had no information on who was involved.

Davis was set to be released after paying an amount of $100,000 unsecured bond and was to appear in court on October 19.

However, the charge was later reduced to misdemeanor second-degree assault which has a maximum potential sentence of 10 years or a fine of $2,500 or both.

At the court, Davis’ childhood friend Anthony Wheeler stated that he was punched on the side of the head and was diagnosed with a concussion in hospital.

Davis was set to stand trial on November 29, 2017, but charges were dropped by Wheeler and the two men walked out of the courtroom together.

Davis was arrested on September 14, 2018, in Washington D.C. after being involved in a fistfight with another man.

However, the two men tried to flee before the police arrived.

Then on February 1, 2020, Davis was arrested again on the count of battery/domestic violence against his former girlfriend.

The incident took place during a basketball match.

On March 22, 2021, he was indicted for several traffic offenses including running a red light back in November 2020. Additionally, his SUV hit another car and sent its occupants to the hospital while Davis managed to flee.

If he is convicted, he could face jail time of more than seven years.