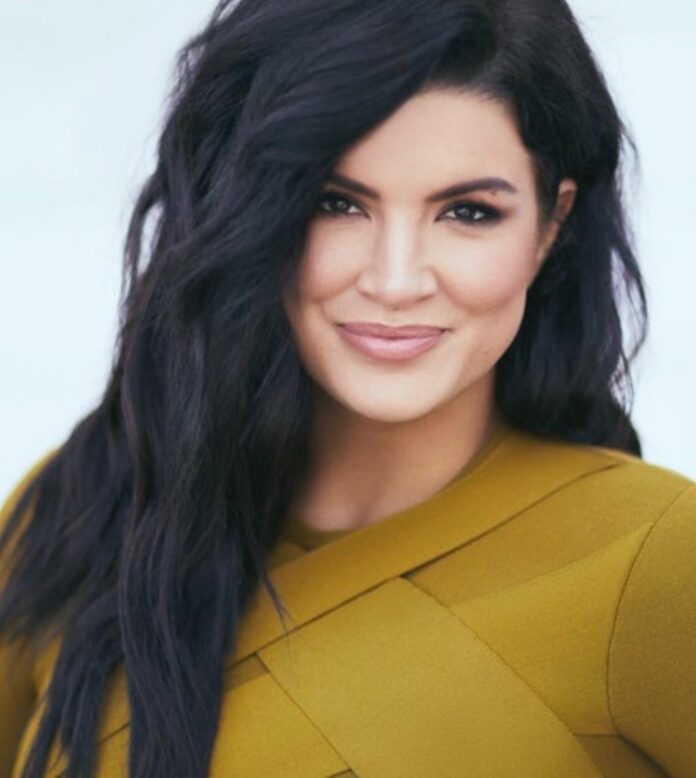 She rose to fame when she was awarded the title of the “face of women’s MMA”. However, she did not accept the title.

After her first MMA defeat to Cris Cyborg, she retired from the competition.

Carano is the daughter of Glenn Carano, a casino executive, and former football player, and Dana Joy Cason.

Gina was seven when her parents got divorced and she was raised by her mother. She has said that every year her family celebrates an Italian festival together despite having only a small percentage of Italian descent.

Carano completed her graduation from Trinity Christian high school in Las Vegas. In her high school, she led her girl’s Basketball team to a state title.

She attended Reno for a year then majored in psychology at the University of Nevada, Las Vegas after a period of 3 years.

Carano started her career with the sport of Muay Thai, which is also known as “the art of eight limbs”.

She was involved with Kevin Ross(her then-boyfriend), a professional Muay Thai fighter. She managed to achieve a record of 12–1–1 in Muay Thai.

Carano was offered a suggestion by Jamie Levine to participate in the MMA bout in Nevada. This was the first-ever sanctioned female MMA bout.

She ended the fight in 38 seconds against Leitica Pestova.

Soon, she was invited to fight Rosi Sexton at the planet Pro Fighting show in Las Vegas. Carano won the fight against Sexton late within the second round.

On December 8, 2006, she fought against Elaina Maxwell at Strikeforce: Triple Threat. Via unanimous decision, she won the fight.

The first Strikeforce female fight was between Maxwell and Carano. She won her first victory in a Muay Thai bout and defeated Maxwell again proving her critics wrong.

Carano fought on the Showtime EliteXC card where she defeated Tonya Evinger on September 15, 2007.

Carano also defeated Kaitlin Young at EliteXC who was a former HOOKnSHOOT Champion.

The Carano’s fight against Cris Cyborg was announced during the ‘Strikeforce: Lawler vs. Shields’ on August 15, 2009.

The first Women’s Championship was created by Strikeforce for the bout.

This championship was specially created for the 145-pound division and the title was later renamed the Strikeforce Women’s Lightweight Championship.

Carano ended up losing the fight against Cyborg by a TKO. This was her first-ever loss in her professional MMA career.

Since August 2009, Carano has not fought any matches and also has not been scheduled for any upcoming events.

She is still under contract with the UFC through her old Strikeforce contract. Additionally, she has four fights remaining on this contract.

With a comic book creator Rob Liefeld, Carano announced that they were working on a big-screen project. The project was an adaptation of Liefied’s Avengelyne in which Carano would star as a fallen angel.

She appeared in the 2013–2014 Fox series Almost Human. Additionally, she also played Angel Dust in the 2016 film Deadpool.

She was announced as a part of the cast of The Mandalorian in December 2018. This was Lucasfilm’s first action Star Wars television series.

She portrayed the character Cara Dune and appeared on the screen in seasons 1 and 2.

It was announced that she would appear as a guest on an episode of the show ‘Running Wild with Bear Grylls’.

Carano shared an Instagram post that led to a major controversy. She compared “hating someone for his or her political views” to the persecution of Jews during the Holocaust.

The post also included a picture taken during the Lviv pogroms in February 2021.

Many critics interpreted the post as comparing American conservatives to Jews in Third Reich.

Shortly afterward, the production company, Lucasfilm stated that Carano was no longer employed by the company.

They stated that “her social media posts denigrating people supported their cultural and non-secular identities are shocking”.

On the same day, she was dropped by United Talent Agency.

Within a week after Lucasfilm severed ties with her, Carano revealed that she would be undertaking a replacement film project with a conservative media company, The Daily Wire.

During her fighting career, she was often humiliated and ridiculed openly for her attractiveness.

Critics doubted her talents and claimed that she was entertained with preferential treatments and that she misused her striking looks to surge ahead in her career.

She always remained silent and gracefully let her work counter such taunts.

Lucasfilm is an American film and television production company owned by Walt Disney Studios which created the show ‘The Mandalorian’. Gina was offered a role in it.

However, after the Mandalorian star shared several controversial social media posts, she was fired.